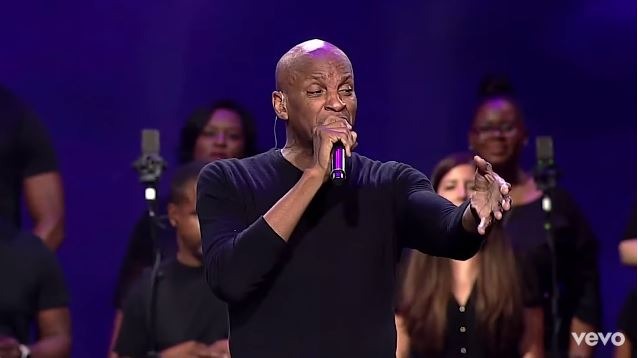 [New Music] Donnie McClurking out with new song ‘There is God’

The new single, accompanied by a performance video, is available now at all digital music providers and serves as the second single released from the Gospel legend’s forthcoming album.

The poignant single, written by McClurkin and co-produced by Trent Phillips, offers hope to current and future generations and emphasizes that God can be found in every area of life.

With the knack to yield a transformative atmosphere, McClurkin continues to remain as an influential global voice with the ability to minister across generations. Earlier this year McClurkin released the inspiring single “Not Yet”. The single came at a significant time in the Gospel icon’s testimony following his experience in a serious car accident.

This October, Donnie will be celebrating the 20th anniversary of his sophomore album, Live in London and More…, which featured the powerful single “We Fall Down”. The two-day celebration will take place in the UK and is presented by Premier Gospel Radio and New Wine Church.

Outside of music, McClurkin’s ministry can be heard over the airwaves and in the pulpit, as the syndicated radio host of The Donnie McClurkin Show and senior pastor of his church, Perfecting Faith Church in New York.

As one of the best-selling Gospel recording artists worldwide with over 10 million albums sold, McClurkin is at the helm of moving hits such as “Stand” and “I Call You Faithful”.