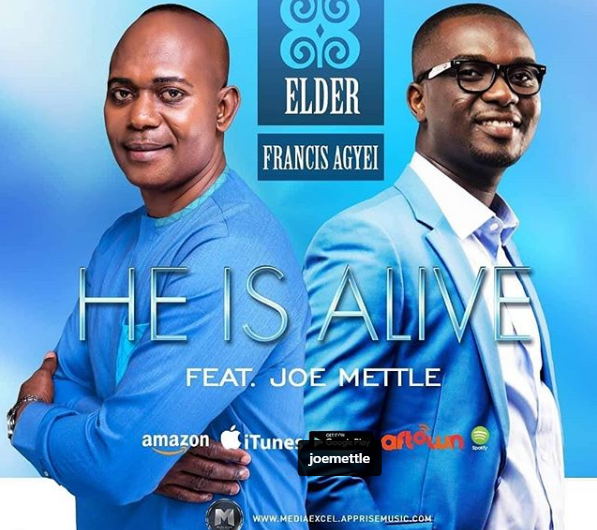 Legendary Gospel Musician and song writer, Elder Francis Agyei has featured the celebrated gospel musician and 2017 VGMA Artiste of the Year, Joe Mettle on this beautiful remixed version of the ever fresh ‘He is Alive’ song.

The song which has been beautifully turned into a contemporary is part of a new project by Elder Francis Agyei, who has signed a new five-year contract with Media Excel Productions.

Elder Francis Agyei has produced over 50 other songs in English and several African dialects including ‘God you’re so good’, ‘Shake the devil off’ ‘Metwere obotan’ and ‘Akode biara’. His music career spans over two decades and is considered a legend on the African music scene.