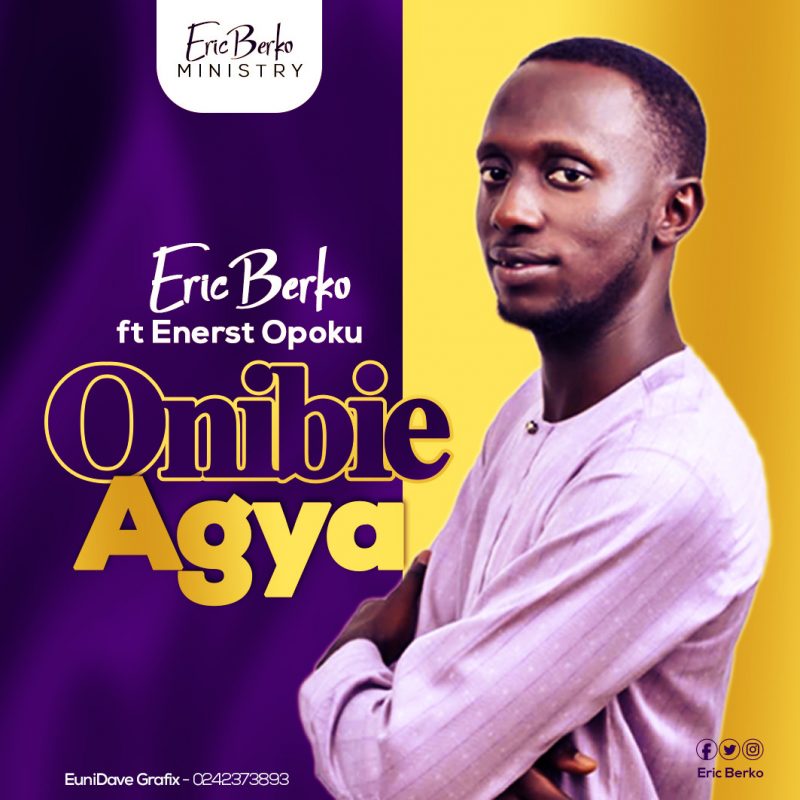 Eric Berko, a worshipper, and a songwriter has officially launched into the gospel scene and into 2020 with this powerful song he titled ‘Onibia Agya’ featuring Ernest Opoku Jnr.

The mid-tempo afrobeat gospel song loosely translated as ‘Father of the needy’, is a song birthed from a deep place of prayer and supplication to the Lord.

According to Eric Berko, this song came from the Lord as he began to study the story of Hannah and how Samuel came about in 1 Samuel 1:10-11.

The song was produced by Daniel Bassey popularly known as Bassey Mix.

Eric Danso Berko is a native of Akim Asuoso near Akim Oda in the Eastern Region but currently lives in Accra where he serves the Lord and worships with Ebenezer Presbyterian Church, Amasaman (Accra).

As a lover of music, something he carried right from childhood, Eric pursued Music at the University of Education Winneba.

Eric developed that love for music at an early age of nine (9) and started composing his own songs at age fifteen (15). By the grace and blessings of God, he started serious music at age 22. His Dad and his sibling have always been supportive in every way possible to see his dream and calling manifest. His Dad is always ready and willing to spend money to see him succeed in my music career.

His late grandfather Mr.William Berko(Opanin Yaw Berko), a late musician has been his inspiration as he was inspired to excel and to do what God has called him to do in His Kingdom.

Niiella set to stir up a worship revival in Ghana with…

Gospel singer Dr Tumi and wife exonerated of all charges…