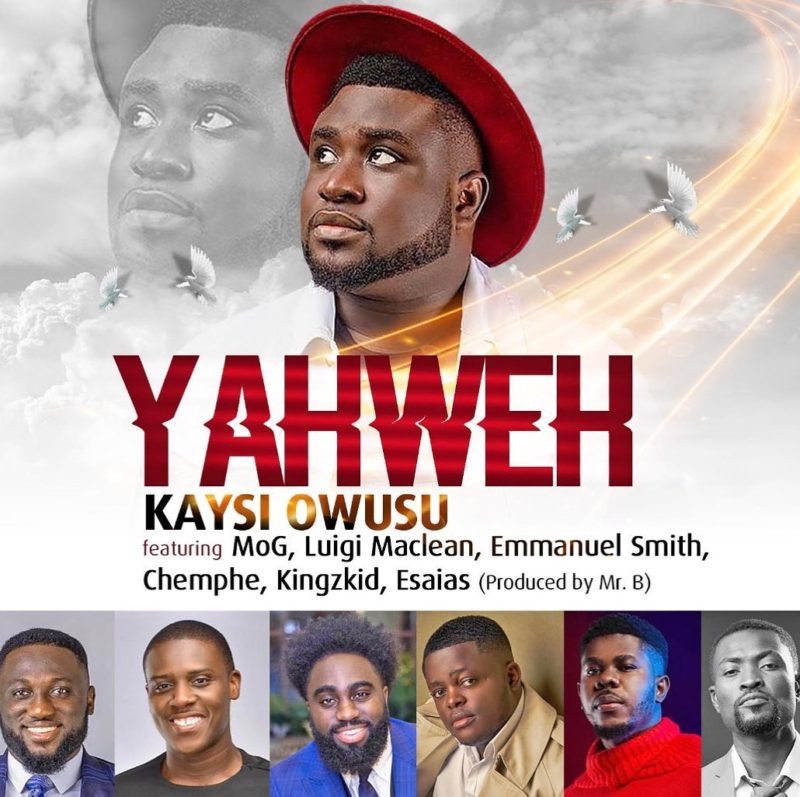 Before his call to glory, Kwesi Owusu-Sekyere, popularly known as Kaysi Owusu was working on his maiden album and had planned of working with MOG, Luigi Maclean, Chemphe, Esaias, Kingzkid, and Emmanuel Smith.

In honoring this wish, these brothers came together to work on this beautiful piece titled Yahweh.

According to these ministers, this is their collective’s way of celebrating the minister’s life and unforgettable ministry, with proceeds from the song going to the Owusu-Sekyere family and a charity of their choice.

Kaysi’s infectious pursuit for the King and the Kingdom of God was palpable. His primary commitment and demonstrations of discipline, valor, and spiritually-inclined melodic skills were always recognizable, and as time evolved, his unique voice lent itself to tangible encounters and memorable worship experiences. Kaysi’s gift and contributions to the Gospel circuit in Ghana were further enhanced when he willingly assumed the role of praise and worship leader at Accra’s Atomic branch of PIWC.

Owusu-Sekyere’s commitment to ministry, to the move of God and to His message through music later spanned across Europe, with songs such as Promises, Adom, and Exceeding Grace being birthed during varying seasons, uniquely ministered from a number of pulpits and for a number of people.

Kwesi Owusu-Sekyere will be laid to rest on Saturday 12th September at the Forecourt of the PIWC Atomic branch in Accra, Ghana.