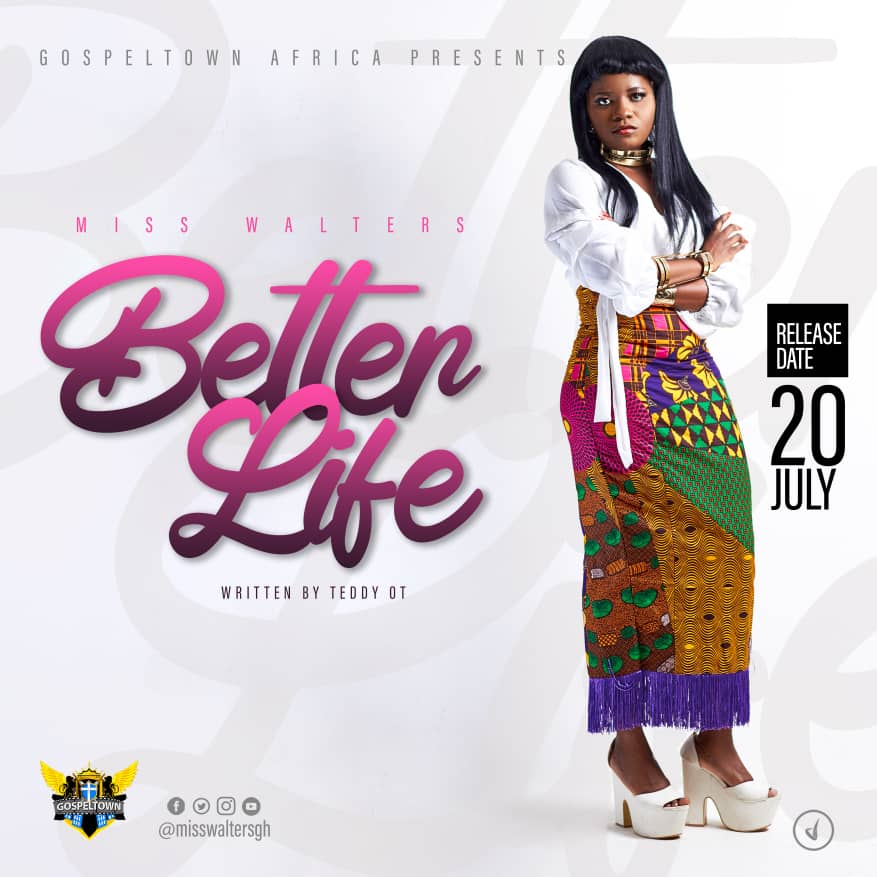 Miss Walters, the female gospel rapper has once again decided to throw in one of her singles titled ‘Best Life’ ahead of her album released after a recent massive tune titled ‘I Can‘.

In this new single, the rapper beautifully came unto the sweet afrobeat song strongly, showing her singing capability as well.

‘Better Life’ fuses the Nigerian music style with the Ghanaian appellation unto God, making the song stand out.

Walters’ new album titled ‘Straight Outta Royal House’ is scheduled for release on the 28th of July at the Emmanuel Temple of the Royal chapel Internation.

According to Miss Walters, the title of the album was inspired by the love she has received from the ministry. Having been accepted and given the platform to express her gift, she thought it wise to name her debut album after the church.