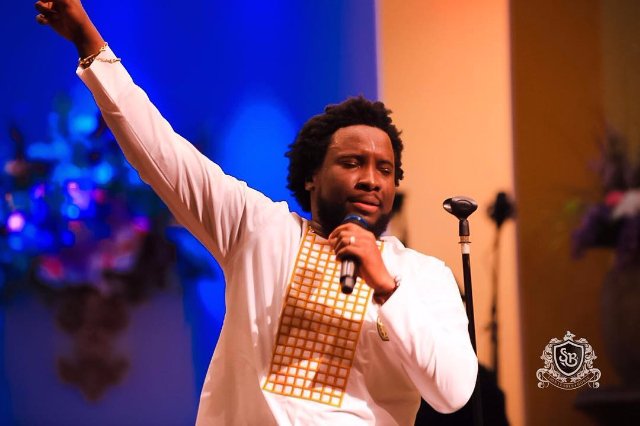 Why Nigerian Gospel Music is on the rise – Sonnie Badu

The anointed and influential UK based Ghanaian worshipper – Dr. Sonnie Badu, who is also passionate about the growth of African Gospel Music recently had a live video broadcast on social media to talk about reasons why Nigerian Gospel Music is rising and also travelling globally but other Countries on the continent are not having such impact.

Without any form of dispute, Nigeria has got some of the largest and influential churches in the world and we can all bear witness to that, and according to Sonnie Badu, they are making very good use of their numbers in promoting Gospel Music globally.

Lets take some of the big churches in Nigeria and their leaders and find out what Minister Sonnie Badu is saying about them with regards to how they get to promote Gospel Music, putting their gospel music on the global market, to critically look at what they do differently that others don’t.

Artistes like Sinach, Franklin Edwards, Eben, Joe Praise ect.. are all from Christ Embassy, and according to Dr Badu, they are first of all celebrated within their church, because they have the full support from their Spiritual Father – Pastor Chris. Christ Embassy has the numbers not only in Nigeria, but also in other parts of the world. With these numbers, he (Pastor Chris) get the whole church to rally behind these artistes by singing their songs, promoting them accordingly.

In addition to that;

Pastor Paul also has Sammy Okposo and others in his church, he mostly try to expose them to the world by organizing globally recognize events such as ‘The Experience” which gather about 1 million attendees from across the world. Top notch artistes such as Donnie MCclurkin, Tye Tribbette, Travis Greene, and others from around the world and place his children as headline arts of these events. By doing this, he encourages and supports the talent within his church to grow.

Joe Mettle is rising and making it big, the award Joe won as the artist of the year, was not Joe that won it, it was the whole of Ghana Gospel that won it because for many many many years, Gospel industry is Ghana has been subdued and so everybody rallied behind Joe Mettle.

There are so many Joe Mettle’s in Ghana with equally great talents. If you go to Ghana and hear worship being lifted from these guys, you would go on your knees and wouldn’t know what to do with yourself. But guess what, their gift are being chocked. Nobody is helping them and nobody is promoting them.

If you feel, Ghana gospel music has nothing to offer, go to Ghana and go listen to some of these worshippers when they lift up songs. But this is the problem, the fathers are not promoting them. They are not investing in them.

You have a worship leader who has been serving for 10, 15 year, and they become frustrated because, no one comes to them and say here is $1000, i am investing in you. Nobody. Even if they manage to come out with an album, they don’t promote the album or song. Even on album launch, people make promises to them and they fail to honor their promises. – He added.

The Question of whether or not a worship leader or gospel musician suppose to charge any amount:

In responding to the question of monies charged by gospel musicians, Sonnie Badu gave an elaborate scenario that, if a pastor goes into a book shop and show his pastoral license to the attendant in an attempt to get a Bible or any other material, he or she would be turned down. In the same way, the gospel musician needs money to record, promote and pay for other services for an album or song to be out there.

Dr. Sonnie Badu also added that, even the church will charge you when you use their material which includes, auditorium, instruments ect.

“In fact six years ago when I recorded my first album ‘Colours of Africa’, I had to pay about £8000 to use the auditorium and when my time was over, they nearly threw me out because i have spent an additional hour “.

Watch the full video below: