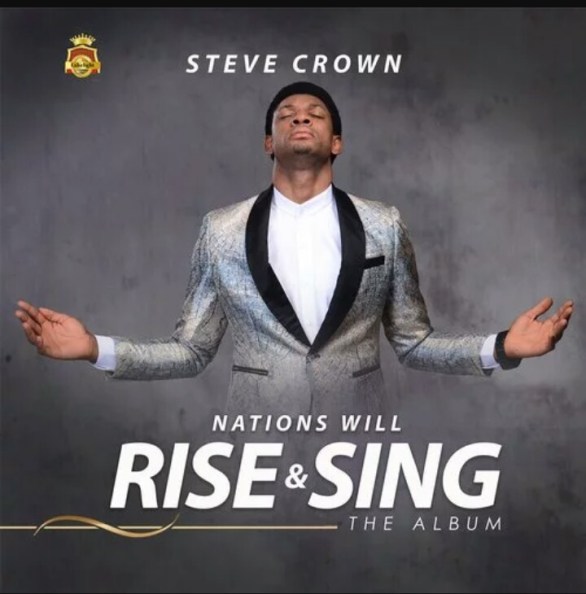 Worship minister and ‘You are great’ singer, Steve Crown has released his new worship album titled ‘Nations Will Rise And Sing’, simplified as ‘NAWIRAS’.

The 10 track album was birthed out of a deep desire to bring the people God together in an atmosphere of worship in what started initially as a worship concert. The idea of the Nation Will Rise And Sing Concert was to see hands lifted to God from all around the world in unity of worship, and this featured music ministrations from distinguished guest music ministers like Joe Praize, Nathaniel Bassey, Chris Morgan and others.

The project which includes the gathering of over Five thousand worshippers yearning to worship and lift their voice to God, contains really great songs that will create the much desired intimacy with the King.

Steve Crown is a renowned worship leader who came into limelight with powerful songs such as You are great, We wait on you, All the Glory, Imela and many others. A highly sorted after worship leader across the world.

With a very humble beginning, Steve has found his way into the heart of many with his style of music.

He is the president of LakeLight Entertainment. A media outfit that houses a record label where he is signed to, a production house. Steve can be regarded as a philanthropist by all standard as he embarks on picking off young and talented kids off the streets and sending them back to school.

He is the host of a yearly international worship event tagged “NATIONS WILL RISE AND SING.”