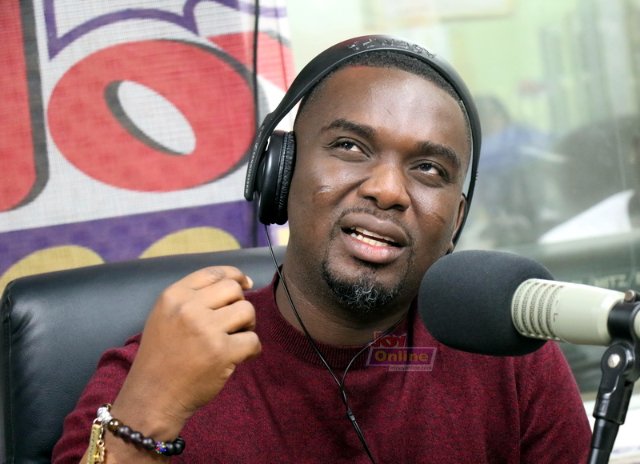 Joe Mettle who has for a number of occasions talked about his struggles until stardom, credited his gifting, musical breakthrough and how far he has come in ministry to only God and that no man can share in that glory.

Regarding education, Joe says he had to drop out of school twice in his attempt to get a secondary school certificate and it was clear his JHS certificate could not make him what he wanted to be.

According to Joe, his ambition growing up was to be an architect. He enrolled in an institution to become that, designed a couple of buildings from the knowledge acquired but definitely God had a different plan for him.

Joe Mettle recounted the number of downtimes he had experienced in a quest for survival. From walking long distance because there was no money for transportation, to lodging with friends and moving about from one place to the another with what to eat becoming a familiar struggle.

He would, therefore, dress as if he was going to school but end up in the church. Being in the church helped him to earn small amounts from some generous worshippers while playing the drum for them. With that, he also avoided questions on why he was not in school.

On that journey, he slept in churches and homes of church members pretending to spend the weekend there but ended up spending weeks. When his host got fed-up, they kicked him out.

In one instance, he spent a year with a pastor in a single room.

Anytime someone looks down on me, talk down on me or maltreats me, it strengthen me to work harder the more. It means that whatever I have to deliver is not good enough and I have to go back. Because one thing I have learned is, if what you have is tried and tested, you don’t need approval to know if its good or bad.

In conclusion, Joe Mettle encourages everyone going through one challenge or the other to be reminded that all thing work together for good for them that love God. He continued that, if God loves you, he won’t allow what you cannot handle come your way, because he would have supplied enough grace to handle whatever challenge it may be.