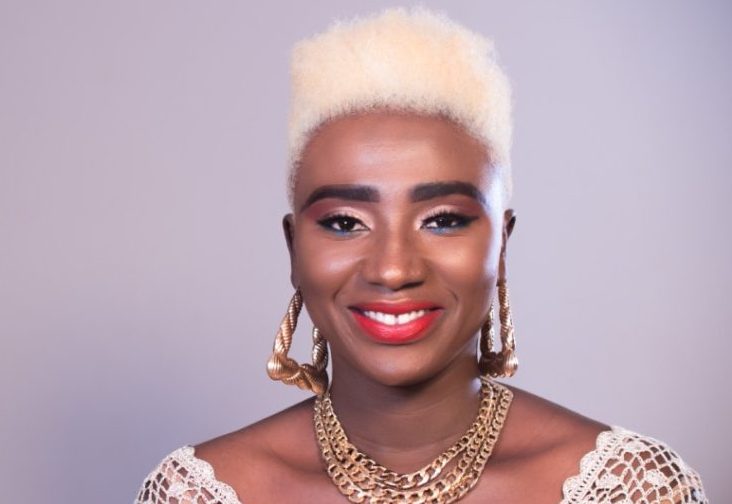 According to Lady Prempeh, there is absolutely nothing wrong with a gospel artiste going blonde to express a little sense of fashion. From her point of view, a gospel artiste should not be chastised for having a blonde hair on considering the fact that people will never treat a secular artiste with the same attitude.

“I first of all want to tell my fans to be patient with me and its not like I haven’t seen or heard their comments. However, it is part of the job and if you are under management, unless they tell you to go naked which doesn’t glorify God but just a blonde hairstyle, I don’t think it is too bad a thing”, she stated.

Lady Prempeh revealed in a recent radio interview that going blonde was part of the general outlook suggested by her management for the video of new song ‘Enka ho da’, and that since Ghanaians are now so much interested in the new look, she might as well keep it on for a while.

“From the look of things, we wanted to just shoot the video with it but from what people are saying; they like it so I might keep it on a bit longer. Some people even want me to keep it forever”.

Watch the video of one interview she conducted earlier