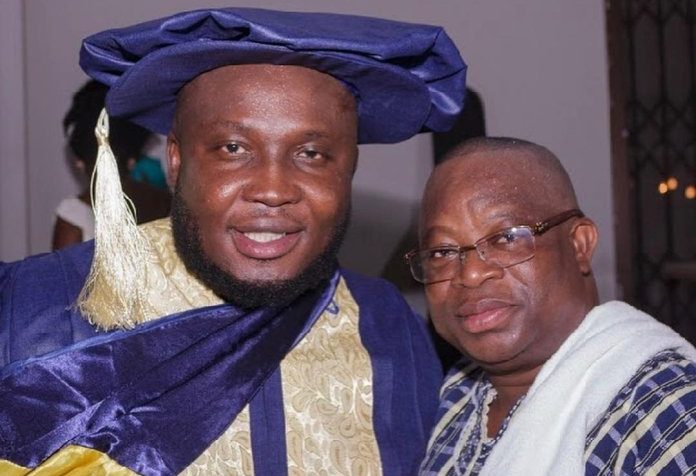 Award winning sound engineer David Kojo Kyei better known as Kaywa of Highly Spiritual Music has been ordained a minister of the Gospel after he was conferred with a Doctor of Divinity certificate from the United Apostolic Theology Seminary.

Kaywa who won the VGMA Sound Engineer of the year in 2012, 2013, 2014 and 2016 took to his Instagram page, to share the good news and posted photos from the ordination ceremony accompanied with the caption: “Totally grateful to God…psalm 127:1 #hemadeaway #thankyougodforeverything #jesuschris”.

Not long ago, Kaywa made it known when he was interviewed by Franky5 on ‘This Is Gospel’ show on Hitz FM that he has the power to heal the sick and even to the extent of bringing back the dead to life.

Kaywa has produced countless number of gospel hit songs for many artistes in and out of Ghana with ‘Mo Ne Yo’ being the current major hit song produced by the engineer.