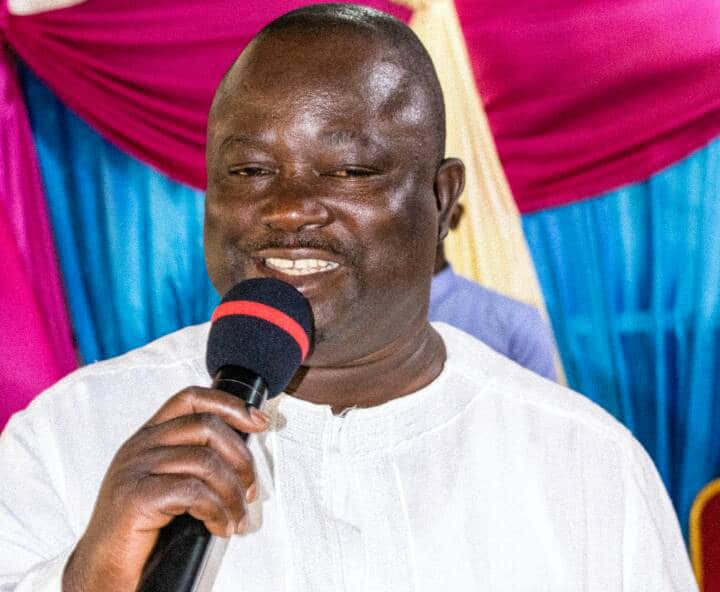 Deputy Volta regional minister, Maxwell Blagogee urges Christian communities in the country to pray and work hard to support the government to succeed in implementing its policies and flashy programmes.

He said ‘’Christians should pray and rally behind the Akufo Addo’s government to succeed, because if the government succeeds in its policies and programmes, the nation benefits’’. He also called on Christian leaders to emulate the leadership style of Jesus Christ; the head of the church since they have been chosen by God to lead His flock, any decision taken which is in contrary to God’s laid down principles will lead the flock to destructions.

Mr. Maxwell Blagogee was speaking at 35 years’ in ministry, 60 years’ birthday celebration of Apostle Daniel Worlanyo Kwaku Vedzi of The New Covenant Apostolic Church International-Ho Assembly. The one-week revival, set to celebrate 35 years in ministry / 60th birthdate; was to appreciate God for His faithfulness, providence and guidance in the life of Apostle Daniel Vedzi.

The deputy minister eulogies Apostle Daniel Vedzi for his undoubted leadership styles and encourages fellow pastors and Christians to inculcate this selfless service in building the body of Christ.
In his sermon, Apostle Emmanuel Agbodemegbeh, retired prophet of The New Covenant Apostle Church Int. appealed to the church body to honour their ministers on their birthdays because the church needs shepherds to lead God’s flock. ‘’We are here to learn from this occasion, so that from time to time, our elects, our men of God, get honoured by the church when they attained their birthdates’’.

Fraternal messages were read by representatives of women ministry, men ministry, children ministry and some individuals in Ho area with some presentations from Ho area to Apostle and his family.

The ceremony, which was attended by Apostle Henry Ofoeda, Pastor in charge of the financial administration of The NCAC Int, Prophet Adolf Asunda from Global Evangelical church, Dr Lovelace Tetteh and other dignitaries was the first to happen in the church.

BRIEF HISTORY OF 35 YEARS IN MINISTRY
Apostle Daniel Worlanyo Kwaku Vedzi started at Katanga Abrewako in the year 1980 after voluntarily resigned from Juapong Textile Company LTD to take full time ministry of the Lord. In 1983, he started an assembly on his own at Katanga Abrewako and was later ordained as the minister of the gospel in the year 1984 and worked till 1990.

He was, however, transferred to Kete Krachi as a District pastor from 1990 to 2000 and was later moved to Juapong and worked there for four years when he got another transfer to Togo, specially Aflao and Denu areas in 2004. Hohoe was his next place of transfer in 2005 as an area pastor.
He was ordained  an apostle in  2009 and was again transferred to Ho as a regional apostle.

POSITIONS
Apostle Daniel W.K. Vedzi is currently an executive member of The New Covenant Apostolic church, Int. He is the director of developments and a member of disciplinary committee of the church