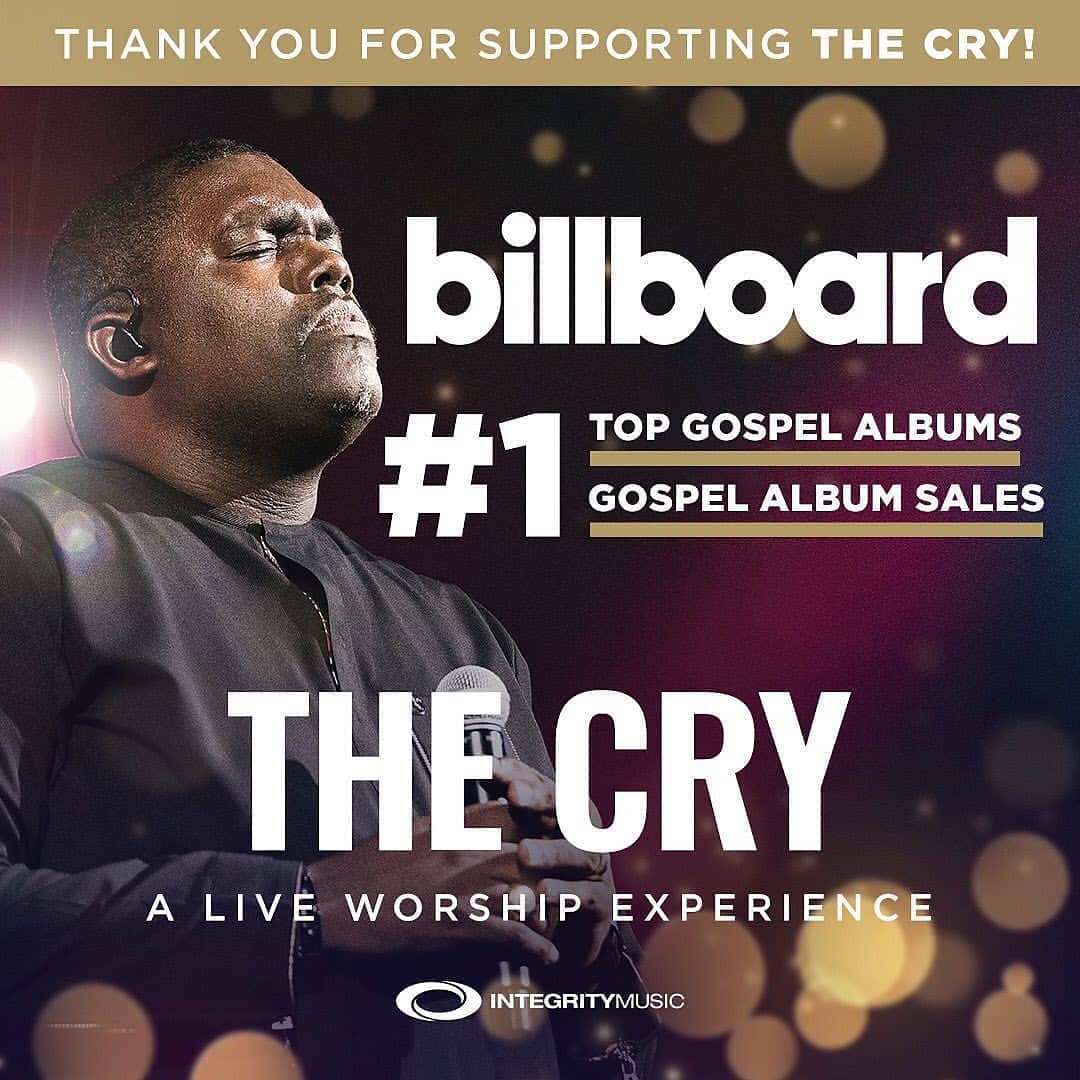 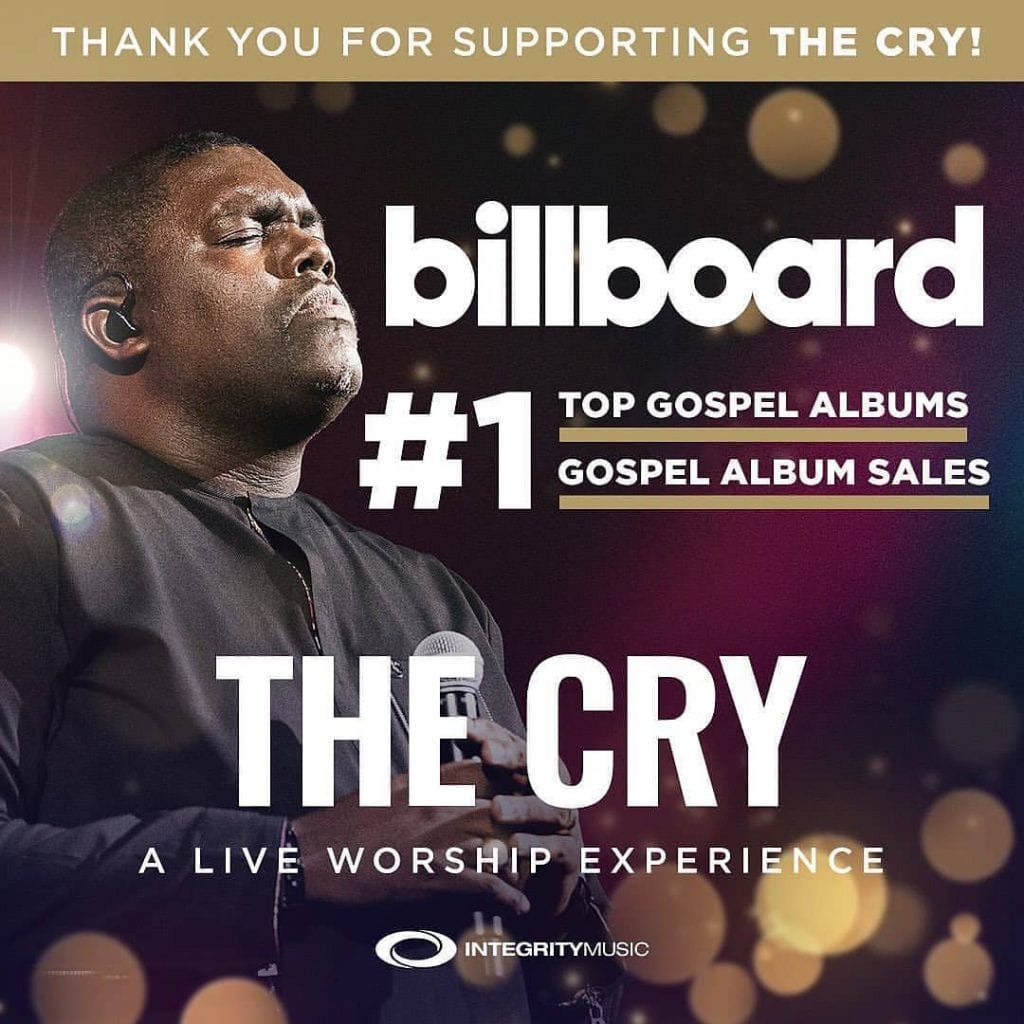 William McDowell’s new album “The Cry” which was released two weeks ago has found the number 1 spot on BillBoard’s gospel album chart.

The 18 track album which is a proclamation and acceptance of God’s Miracle working power in the life of a believer has notably moved many across the world with its real life-transforming testimonies that came with it.

McDowell, before the release of the total package, gave 3 singles from the album to whet the appetite of the ready worshippers. Songs like The Cry, Still Moving, Nothing like your Presence ft Nathaniel Bassey and Travis Greene, and Don’t Wanna Leave were released ahead of the main album.

Check out the interview below;

Christian Post: Tell us about the live recording experience?

McDowell: It was so incredible, and deeply personal because 300 members of our church came to the recording in Chattanooga and they were really the engine of the night. I always say, “This is the most deeply personal project I’ve ever done.” But it’s not my story, it’s our story and you can hear that throughout the night. In the videos, you can see it, because they were seated to the front, so they literally were the drivers of the worship the entire night. There are two particular moments that really shine as far as our church being the engine of the night.

One of them is the title song, “The Cry.” We get to this part, where we say “We won’t stop until we see it,” as they are waving their hands in a motion because of what we know that song means to us, relative to striking the ground a story out of 2 Kings chapter 13. So it’s a prophetic gesture that we have a church that we do and so when we get to that part, you can see that our church starts it. Literally, even though everyone else in the room doesn’t know what that is, they all start joining and you see thousands of hands go up, but it started with the 300. That’s an incredible moment.

The other moments and literally every time I hear, it makes me cry. There’s a song called “Stay,” which is probably the most deeply personal song I’ve ever written as it relates to really capturing my heart for God. I showed that song to the church the week before the recording and I couldn’t get through it that day. But at church, I said, “I cry every time I sing this song, I’m trying to get all my tears out because you can’t cry and sing at the same time.” Well, the night of the recording, of course, I started singing the song and I started crying but when I did, no one in the audience knew the song except for our church. But when I broke down, I couldn’t sing the next lyrics but you hear the melody anyway, Deeper Fellowship Church started singing the song for me. It was almost like they were saying, “We got you, pastor, this is us together.” So they started singing the song for me. I get chills, even now, talking about it, shows the deep connection to this project, to these songs because this is our collective story.

CP: What advice do you have for others and church on how to cultivate that desperate cry that you are talking about?

McDowell: I would say simply ask the Lord to deliver you from low expectations. I think we’ve gotten to the point where we read scripture, and we think that was for then and that was for them and it’s not for us, and it’s not for now. It’s one of those things where until you read something or hear something that causes what we call righteous envy, God is exposing people, whether it be to the miraculous or to the outpouring of His presence to test their hunger, to awaken their hunger, to the point where if they read something, or see something, we find this in Romans 11:11, but He does this to literally stir up our envy to make us want what He wants for us.

It’s being delivered from low expectations so that you literally become jealous of what you see, what you hear, what you read, to the point where you allow it to bother you. Where your expectation is, “If they’re experiencing that why am I not?” At the moment that that cry is awakened, you literally continue to cry for it until see it.

For me, that was a 20-year prayer,  it wasn’t a two-day prayer, it wasn’t a two-month prayer or it wasn’t a two weeks fast. It was 20 years of crying out because I was exposed to it and once I was exposed to it, I said, “if this is available I want it and I still want it. Not only do I want to see in my own life, but I want others to experience it.” So cultivating that cry has a whole lot to do with being delivered from low expectation, which is this idea that you will be fed up with the mundane.