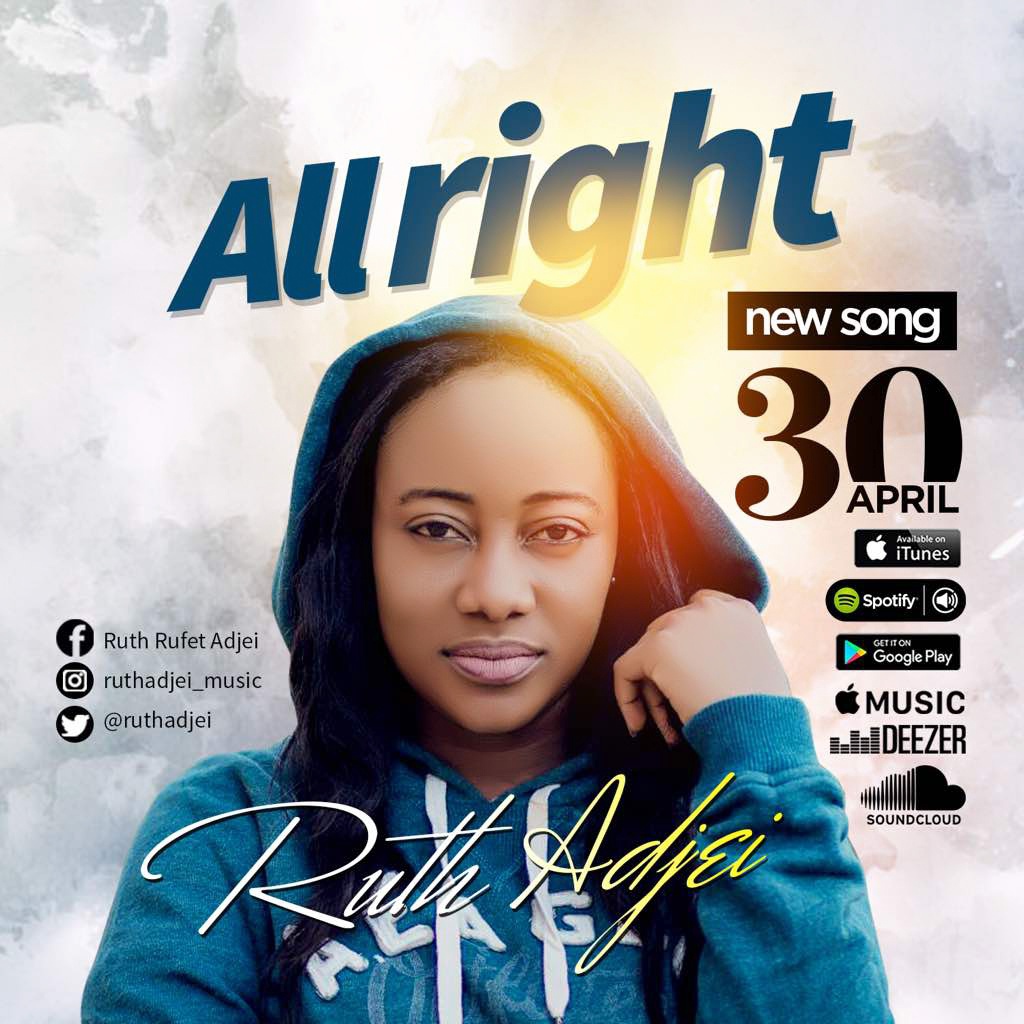 The ‘Woye Ohene’ hit maker has endeared to herself numerous fans through her splendid stage performances and impeccable vocals. Ruth Adjei has been described by music connoisseurs as one of Ghana’s finest gospel acts who is climbing speedingly to the top through anointing packed performances.

This new song ‘Allright’, was inspired by James 1:7 and it is targeted at making the world believe and understand that If only we would serve the Lord in spirit and in truth, abiding in His word daily, we wouldn’t have to worry about the things we need because, He’s already provided them.

There is no need going around seeking for help from stuff that will end up asking you to surrender your life in return. As the bible says Seek ye FIRST the kingdom of God and it’s righteousness and ALL OTHER THINGS shall be added unto you.

‘Allright’ will be available on Itunes, Spotify, Soundcloud, Google play from April 30th.