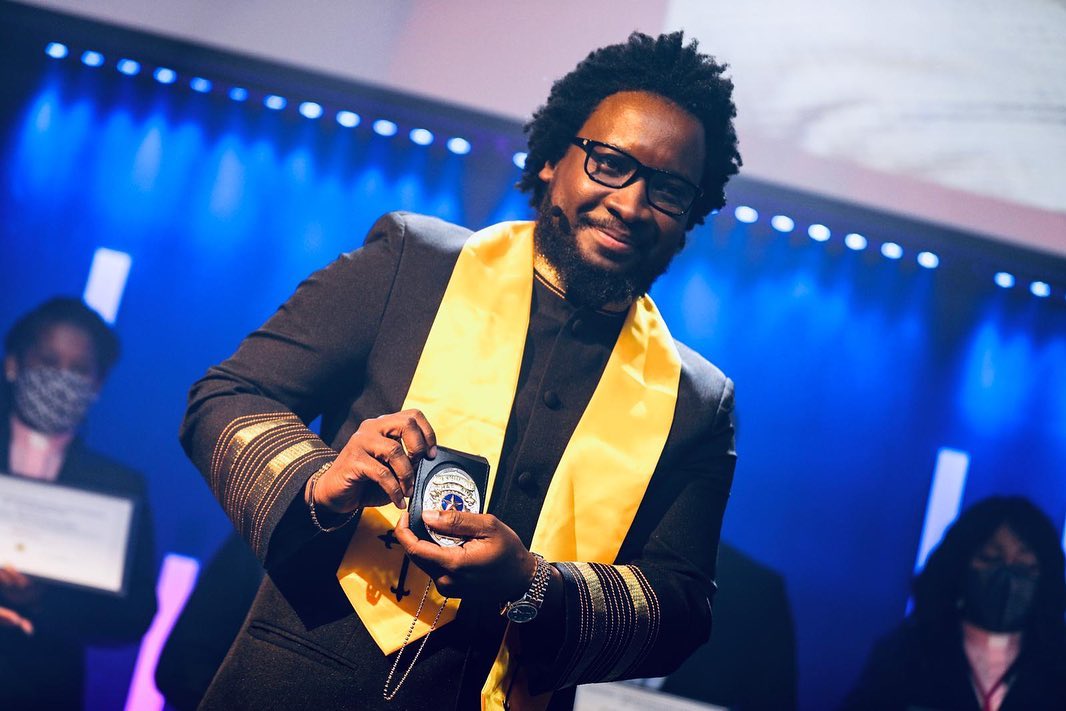 Sonnie Badu becomes the Dean and Professor of Music at Trinity Int. University of Ambassadors (Pictures)

Trinity International University of Ambassadors welcomes the Founder and Senior Pastor of US-based RockHill Church Dr. Sonnie Badu into his newly appointed role as the Dean and Professor of Music.

Dr. Sonnie Badu whose impeccable love for the art and music has led him to the pursuit of knowledge including his latest as Honorary Doctorate in Musicology saw this as another opportunity to be used as a medium of blessing to impact the next generation.

“Humbled … to @trinityiua thank you for this honor and I pray God uses me to add to what you already have achieved … Now let the hard work begin … In order to achieve this and make this faculty one of the best in the world, I will be bringing a few trusted legends together as lectures” – He shares on Social Media.

The event which took place over the weekend places the highly respected Ghanaian Gospel star at the peak of his music career, a well-recognized position, and a higher influence in the African gospel industry.

In August 2020, BoomPlay recognized Sonnie Badu’s achievement on the platform as the most-streamed Ghanaian gospel artiste for his album Colours of Africa: Live in London. This is an album that earned a million streams and for his single Baba garnering a total of 500,000 streams.

Sonnie Badu has been off the active music scene as a result of other responsibilities (which obviously includes being a founder and Pastor a Christian denomination), but he recently made a strong reminder that is not gone entirely in his latest release “Pillar of Fire”.

We wish him all the very best in his new role!

“Forget booking me if you cannot…