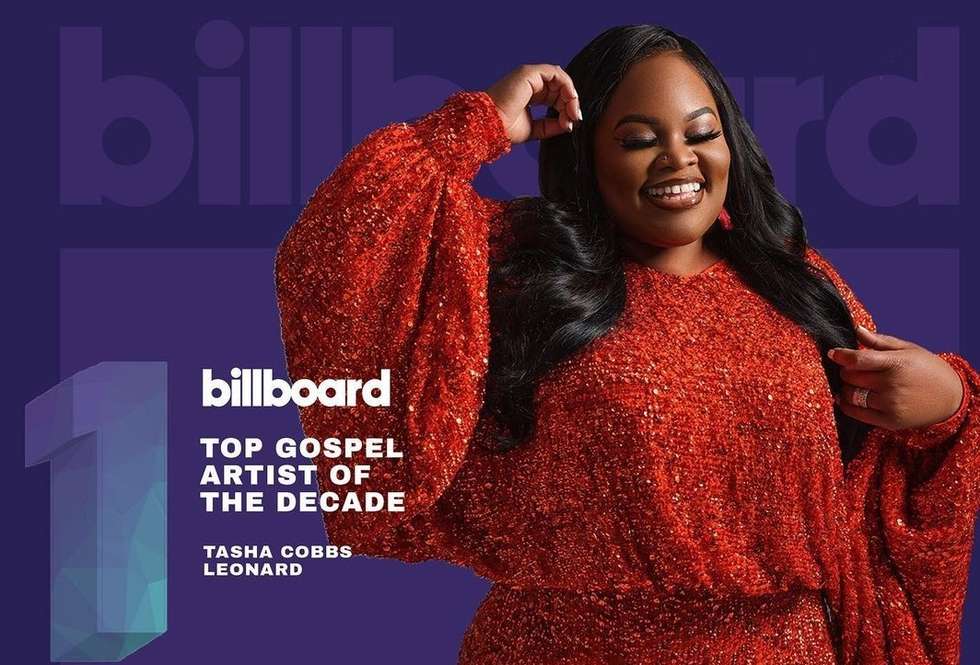 Congratulations to GRAMMY®-winning singer/songwriter Tasha Cobbs Leonard who has been named as Billboard’s Top Gospel Artist of The Decade as the outlet began its end of year and end of decade charts.

Aside from this great and incredible achievement to her credit, Tasha was also named as the Top Female Gospel Artist for the 3rd consecutive year.

She shares this appreciative and inspiring message on Instagram;

“10 years ago we started doing bookings from my one-bedroom apartment. We had several people dropping nuggets and training us along the way, but WE WERE NOT educated in this area whatsoever. We did our own flyers, built a team of people around the world who had the heart to help put flyers on people’s cars in Walmart parking lots! Hahaha! YOU single-handedly responded to 100’s of booking requests a week. We were in a different city literally every night of the week. We heard God! Trusted his plan! And followed HIS instructions! HE TAUGHT US! Throughout the year’s God connected people who felt the tug to help us build. Thank you isn’t enough to express my appreciation for all that many of you have done and still do!!!! You know who you are! Team TCM 4 LIFE!!!”

On December 4, Tasha Cobbs Leonard was a special guest on the Dolly Parton & Friends Christmas special presented by SiriusXM & Pandora. A huge honor to be invited by the legendary country singer, she performed her rendition of the Christmas classic “O Holy Night.” The audio version of the special is available now exclusively on Pandora from Friday, December 11.

Also, earlier this month, the powerhouse vocalist took to the stage with R&B legend Ne-Yo for a memorable performance of “The Christmas Song” for the Our OWN Christmas Special.  The special aired on Oprah Winfrey’s OWN network on December 1, but can still be viewed on the network website (http://www.oprah.com/own-ourownchristmas/our-own-christmas).

Tasha Cobbs Leonard’s current single, “In Spite Of Me,” has already rocketed to the Top 20 on the BDS Gospel Radio chart, proving to be the fastest-rising single of her career. A special studio version of the song, featuring R&B icon Ciara, is featured on her chart-topping new album, Royalty: Live At The Ryman.