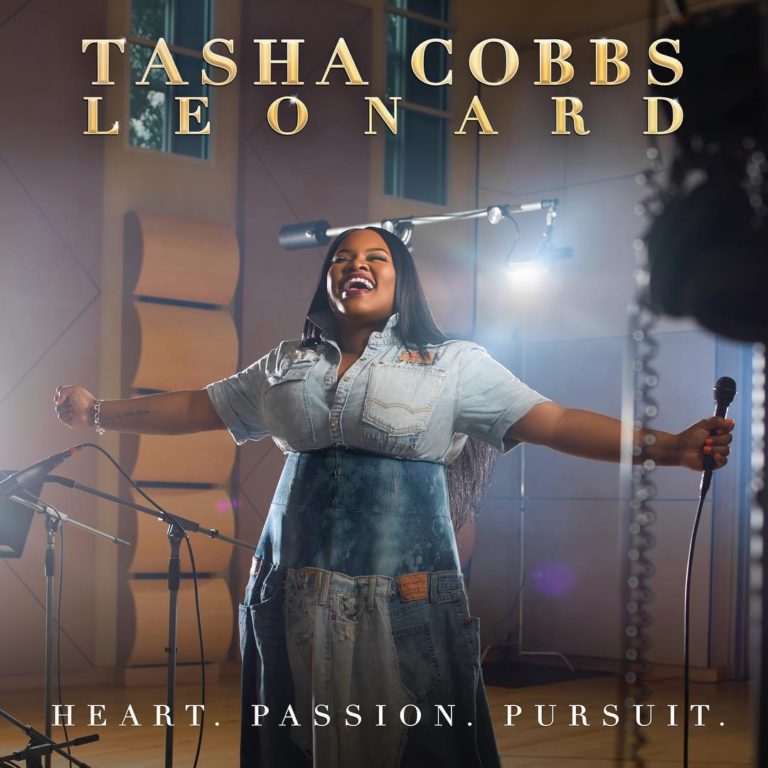 The Grammy award winning gospel artiste Tasha Cobbs who recently released his latest album Heart.Passion.Pursit, offers an exclusive behind the scenes documentary series and the story leading to the production of  this wonder and chart-topping album, ‘Heart.Passion.Pursuit’.

Filmed in HD, “The Story Of… HEART. PASSION. PURSUIT.” offers an intimate look at Cobbs Leonard’s process of creating this record-setting and chart-topping album. Weaving never-before-seen rehearsals footage and behind-the-scenes interviews with in-studio performances of her new music, viewers will enjoy personal insight from Tasha as well as the various participants, including the songwriters, worship leaders and guest artists featured on the album.

According to the Tasha, the goal of this, is to create a universal sound of worship by gathering 25 worship ministers and songwriters around the world with different culture and different worship styles and settings to produce the sound heard in her new album. This documentary according to her, will offer her fans to view rehearsal footages, impartations, studio sessions and post production preparations which she allowed to be recorded.

The weekly series will begin October 6 on Cobbs Leonard’s YouTube channel and on Vevo. A new episode will premiere every Friday.

Released by Motown Gospel on August 25, 2017 HEART. PASSION. PURSUIT. debuted at number 1 on Billboard’s Top Gospel Albums chart and remained for 3 consecutive weeks. The album was the highest selling gospel album of the year and set a record for the largest first-week streams in gospel music history.