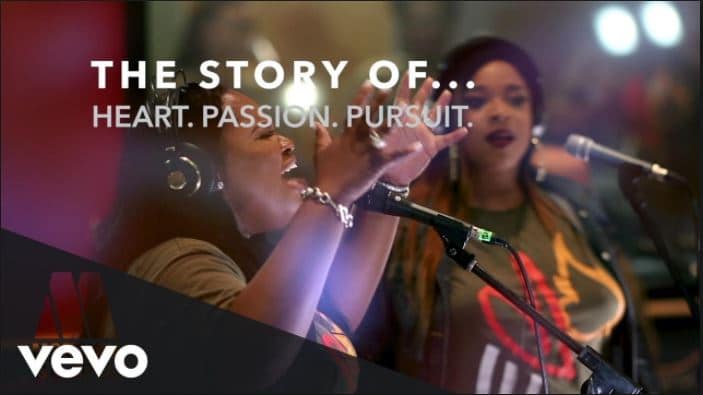 Today is another Friday and as you know, we are continuing our series on the behind the scene documentary of Tasha Cobbs Leonard’s new album. This documentary series is titled ‘Story of Heart.Passion.Pursuit’.

Today we will be looking at episode 4 which features the song; ‘The River of the Lord’ and also episode 5 with behind the scene section of the song ‘Your Spirit’ that featured Kierra Sheared.

The 4th Episode according to Tasha was initiated by notes on keyboard being played by her husband Lenny and right there, something rang within her spirit. Immediately with the help of Jonas Myrin, they wrote ‘The river of the Lord’.

‘Your Spirit’ to me is a song with two anointed vocal prowess, talk about Tasha herself and Kierra. Many of the worship minister who had the privilege of working with Tasha on this album really love this song because of the atmosphere that accompanied it.