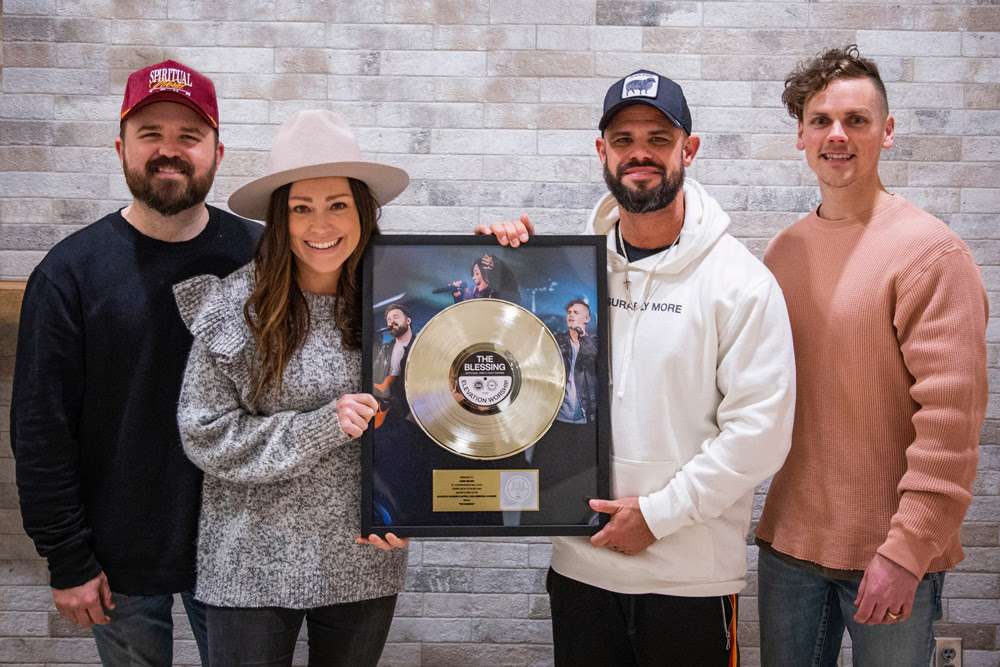 In February 2020, before the world was overcome with the pandemic, Kari Jobe, Cody Carnes, and Elevation Worship gathered together to write “The Blessing” track, releasing it just days later via YouTube with the live video that now has amassed more than 40 million views. Jobe released the live audio track a few weeks later, and the song has been included on Spotify’s US Viral 50 and Global Viral 50 Playlists.

The live video of “The Blessing” was filmed during one of Elevation Church’s services and was posted on YouTube just five days after writing the song. In just a year since the video released, has recently received RIAA Gold Digital Single certification. Elevation Worship included the song on their most recent album, “Graves Into Gardens.” “The Blessing” received a nomination for Best Contemporary Christian Music Performance/Song at the 63rd annual GRAMMY Awards.

Chris Brown of Elevation Worship notes about the unique growth of this song, “There was a whirlwind of momentum and emotion attached to this song from the day we wrote it to quickly releasing it a week later. And it’s been remarkable to see how God’s used “The Blessing” to encourage people all over the world during such a strange and difficult year. I pray it continues to bring hope to families for generations to come.”

“It’s the honor of a lifetime to be a part of the journey of this song — from the moment it was written to seeing it impact almost every nation and language across the world in just a few short months,” explains Cody Carnes of the song’s global impact. “I’ve been so encouraged by it in this challenging season of life. Not only by the truth from the scriptures in this song but also by watching what God can do to bring encouragement and comfort to His people in a season of overwhelming fear and tragedy.”

OBA Gives Back with Project…