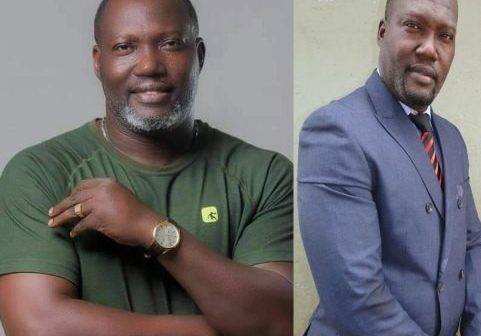 Ghana and the Church is mourning the sudden demise of actor, Bishop Bernard Nyarko has passed away.

The news of his demise comes as a great shock to every Ghanaian, most especially the Kumawood movie watchers and admirers.

A few months ago, Bishop Bernard Nyarko announced his retirement in acting to be a full-time preacher after he seriously took ill.

According to news reported by Zion Felix, the Family confirmed he died of acute Colon Cancer which he has been battling with these few years and not any speculations flying around.

Bishop Bernard Nyarko is known to mostly play the Christian role in all the movies he featured in. He was signed by the Kumasi based movie industry Kumawood.

As a pastor of a church in Kumasi, because of his ailment, Bishop Nyarko vowed not to return to the movie industry again because he felt there was a lot of thing going on in the movie industry which was not right. In a video that went viral a few months ago, Bishop Nyarko was seen telling his congregation that he has decided to follow the step of actor Majid Michele.