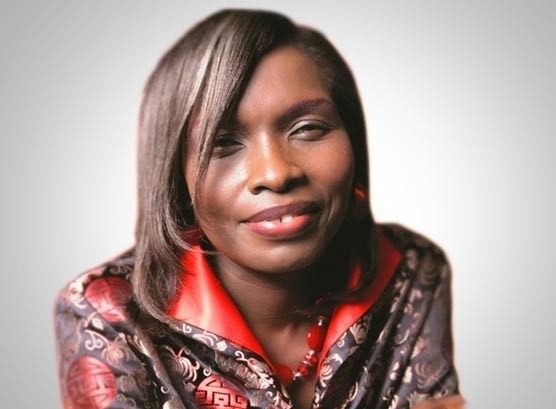 The journey, the experiences and the fulfillment – Bernice Offei shares them all

Bernice Offei, a very respected inspirational gospel artiste, who is known for gospel music with content that addresses pressing lives issues with hit songs ‘Life is Short’ and ‘Hold on’ shares her experiences so far regarding her ministry.

She shared her journey right from the time of discovery of her gift and the lessons learnt over the years with members of the Christian Musicians Association Ghana (CMA Ghana) – The Southern Zone.

This is definitely a life’s story worth sharing considering the fact that she has been doing gospel music for a long time with rich experience having recorded 6 albums with over 50 impactful songs. Her last album won her two awards during the 10th edition of the MTN Ghana Music Awards as the Best Vocal Female Performer and the Song Writer of the year.

Bernice is a Banker by profession and has been working with the Standard Chartered Bank.
In 2016, Bernice resigned as a banker to be a full-time gospel musician. she abandoned her job to focus on the work of God after combining banking and her ministry for many years.

Bernice Ofei had her secondary education at Achimota School in Accra, Ghana. She holds an MPhil in crop science from the University of Ghana and an MSc in Information technology from the United Kingdom. She is a wife and a mother of two.

Q & A SESSION WITH THE ARTISTE

Question: So how did you become a music minister and at what point did you answer the Call vis a vis building your career as a banker?

Bernice: I’ve always loved singing since my teenage years in secondary school, & u would always find me singing in the bathroom and everywhere I could sing. I got very fascinated with the box guitar and really wanted to learn how to play it. After finishing my ‘O’ levels in 1979, when I had a bit of time on my hands, I asked one of my Christian brothers to teach me how to play it. With the few chords that I learnt, I started playing some of the simple gospel songs I knew. It wasn’t too common to see ladies playing the guitar at the time, so very soon, I started receiving invitations to minister at Christian programs.

Question: Please were you discovered and mentored and given platforms or you have single-handedly paved your own path in ministry. The Genesis of your ministry.

Bernice: Rev Owusu-Afriyie of YAFCA became very interested in my ministry and encouraged me to start writing my own songs. He was putting up a recording studio at the time, and he said he would love to sponsor my first album in his studio. By God’s Grace, I was able to write some songs of my own, and in 1991, we came out with my debut album “We are Victors”. This was on cassette as the era of CDs had not yet started.

Question: This certainly means you were fully launched in ministry before careers. What was your consideration in your choice of career as a banker and how has it played out over the years, combining time for songwriting, over 50 songs, ministration, family life, banking? How did you navigate through all these Aunt B🤠

Bernice: I actually didn’t plan to go into banking. My husband went to the UK to study for his Ph.D., so I had to join him there. When he was almost done, we thought it would be a good idea to do a short cause in IT so I could be computer literate when I return to Ghana to look for a job. Interestingly, that was what God used to get me a job in Stanchart, because it was a little over a year before Y2K ( hope everyone knows what Y2K stands for) so I got a job with a team on a contract to get the bank’s machines compliant.

Question: I read an article where you were quoted saying that we are not called to win awards
Is the news report true? If yes kindly elaborate on what you meant and by extension what’s your opinion on the essence of Gospel music and gospel ministers

Bernice: Concerning this issue of being not being called to win awards – I was actually quite surprised when my husband drew my attention to it in one of the newspapers the day after my interview on one of the radio stations.
I don’t quite recall the exact way in which the question was put by the radio presenter, but his question seemed to suggest that as Gospel musicians our main focus is to win awards, and I obviously did not agree to that. As u know, the media folks will always report in a way which will draw attention to their reports or newspapers. All they need is to couch their reports in a certain way, and the fact that you can still remember this after all these weeks or months means they succeeded

Question: You write songs that speak to Life Matters, the society, and you blend it beautiful in the message of the great commission. What inspired you to write songs like hold on fast, life is short, the little boy, etc.

Bernice: Hold on fast: whilst working in the bank, I had a colleague who was a Christian and was going through serious marital problems, such that the marriage was almost on the verge of collapse. I started praying for him and encouraging him as much as I could, but somehow things seemed to be getting worse. I didn’t stop praying for that couple though, and to the glory of God, the marriage is still intact and their relationship is doing well now.

Life is short:– When I was much younger I saw my mum trying to read, and I noticed that she was holding the book far away from her eyes. I looked at her for a while, wondering why she was doing that. Not being able to figure it out, I asked her why she was holding the book so far away. She smiled, looked at me, and shook her head, saying in Ga “obaada oba nina” meaning “you will understand it when you grow up to experience it’.

Several years after this when I had grown up with my own kids, I was also reading a book and was holding it far away from my eyes just as my mum did. My little boy who was apparently observing me all this while asked me why I was holding the book so far away. Obviously, I gave him the same answer which my mum gave me years back. My little boy, looking rather surprised, asked me why I didn’t rather bring the book closer to my eyes if I couldn’t see the writing well. That was when it struck me that this was the same question I asked my mum some years back. I couldn’t believe that the years had passed so quickly and I had already reached the same age as my mum was when I asked her that question. “Wow, I exclaimed, life is short indeed’!

The little boy: After completing a Masters program in the UK several years ago, I got a little anxious about what I would do in terms of a job when I return home. Although I had already done a Masters program in Crop Science before leaving for the UK to join my husband, I ended up doing another Masters in IT. Bcos the use of computers was not that common in Ghana in those days, I thought it would be a good idea to take a short course in Computer science so I could at least be computer literate when we return. Somehow, by the time I was to start the course, I was expecting our second baby, so I couldn’t take the course.

My husband, however, managed to convince me to do a Masters in IT, altho I wasn’t very convinced initially that I could do it. When I was finally done and was returning home, I got rather anxious about how I would get a job with not much practical knowledge of IT. One morning while having my devotion with the “Our Daily bread” booklet, the illustration was about a little boy who was walking with his dad and jumping happily along. A stranger meets them on the way and asks the little boy where he’s going. His reply was “I don’t know where I’m going. All I know is that I’m going with my daddy”. That illustration was what I needed, and it ministered so powerfully to me. To cut a long story short, I finally returned to Ghana, keeping my hand in my daddy’s hand, and I got a job at the first place I took my CV to – Standard Chartered Bank. The rest, as they say, is history. To God be all the glory!!

“Odo a wodo me nti” as the lyrics say, was an expression of my gratitude to God for His great love for me – something that always amazes me because I have done nothing to deserve it.