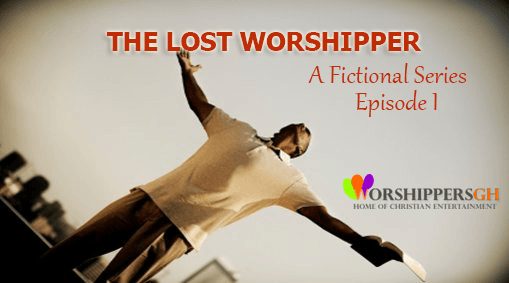 As i drove back home in my 2014 mini Cooper I reflected on how successful my show went . Over 30,000 people chanting out my name , “Rusty, Rusty ,Rusty and idolizing me. They saw me as their superstar and really loved me . My current hit track ‘Plantain Chips’ was currently number one on the music charts and had cemented my status as 1 of the best hip-life artiste in Ghana.

It was around 4: 30 am in the morning and i was driving back home in an extremely tired state. I was dozing off little by little at the steering wheel. The road was quiet no other driver or pedestrian was in sight so I closed my eyes for a second, I shouldn’t have ,for when I reopened it crossing the road was a young teen boy with bible in hand right in front of me.

I tried to apply the brakes but I was going too fast to stop abruptly. I knocked the kid and sent him flying to the ground. His bible flew out of his hand and ended up at another side of the road.
Terrified to the core I quickly got down and checked on the kid to see if he was still alive , yes he was , I thanked God I and gently carried him to the back seat of my car.
What just happened I said to myself my night seemed to be going perfectly and now this. I had not said
a prayer in a long while but desperate situations required desperate measures, Lord please I beg, save this child’s life I beg, I muttered out loud.

What where the newspapers going to write if they found out I didn’t want to imagine the diabolical headlines some media outlets would put out. I drove like a mad man, speeding to the hospital. All my tiredness had left me and was replaced with a feeling of fear I hoped nothing happened to the poor kid who might have been returning from an all night something I used to attend in my early Godly years. Now I hardly even attended church and combining my hip-life ambitions with being a christian had gotten too complicated over a period of time with fellow Christians and church authorities accusing me of backsliding so I eventually had to give up one for the other.

I gave up the church and chose to stick with hip-life. My family, church and close christian friends tried everything to get me back to Christ but the pleasures of fame, money, and all kind of ladies dying to be with me was too good for me to give up so I refused to give up my new lifestyle.

Initially I continued being very prayerful and studied my bible on a regular basis even though I had stopped attending my church due to gossiping and severe criticism from fellow Christians. I however backslide after a few months, I initially thought i could hang out with the crowd who drank and where womanizing without becoming like them but it was all a lie , I was now a drunkard, smoked weed and changed ladies on a regular basis.
I finally arrived at the hospital carried out the kid and run to the nearest nurse shouting help me, help me, I knocked this boy down.

The nurse who recognized me exclaimed Rusty the rapper and quickly came to take the boy from me rushing him to the treatment ward on her way she shouted we will take a selfie before you leave, I replied with a fainting ‘okay’, praying that the kid would be alright.

This young female worshipper caught the…