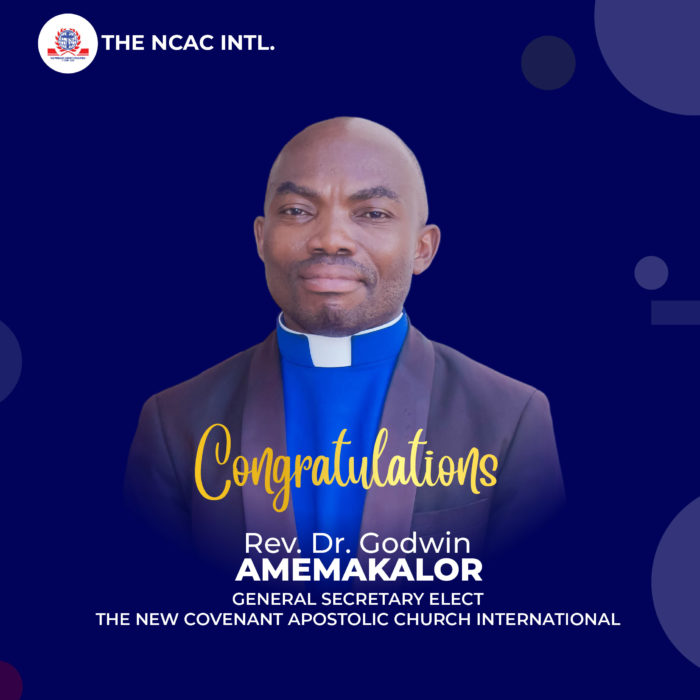 The New Covenant Apostolic Church International has elected a new General Secretary to steer the affairs of the church at its National General Council Meeting held at Kpong in the Lower Manya Krobo District last Saturday.

Rev Dr Godwin Amemakalor before his election was the National Administrator of the church, District Pastor in charge of Accra District A, and a resident Pastor at Chris Diaba Memorial Temple with over 10 years of experience in practice.

He took over from Apostle John Mensah Anku and was inducted into office by the Chairman of the Church, Apostle David Cofie, and former Chairman Apostle Dr Frank Mcavor over the weekend.

In his acceptance speech, Rev Dr Amemakalor promised to work diligently with all pastors and leadership to push God’s kingdom to another level. He used the opportunity to thank the College of Apostles who had faith in him and elected him to the high office of a GS. Rev. Dr Amemaklor also thanked the General Council for their overwhelming endorsement.

“Pray for the sitting…