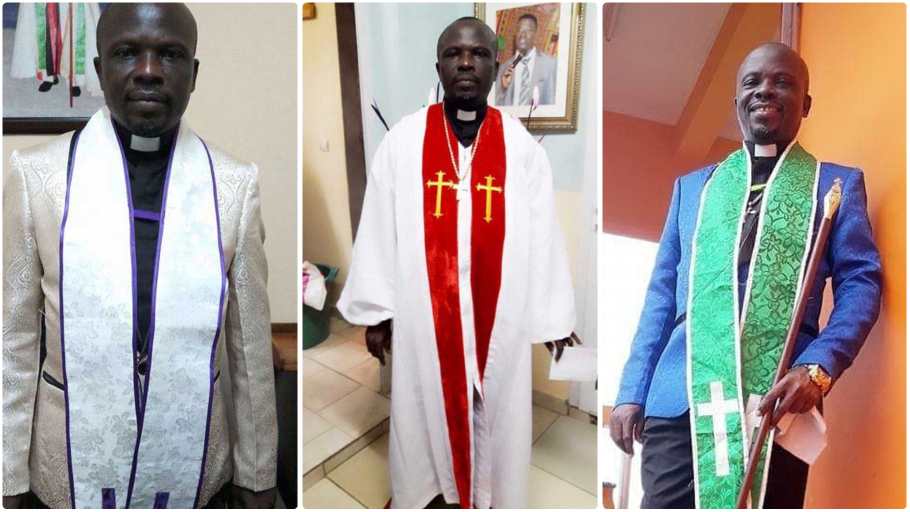 News report coming in indicates that the one time very popular man of God Evangelist Emmanuel Apraku, known popularly as ‘Apraku My Daughter’ has sadly passed on.

This was disclosed to the media today by a family member of the late Evangelist as condolences are already pouring in from known personalities including Prophet Kumchacha was spotted at his premises earlier.

We are unable to establish the cause of his death at the moment but the Police Service had been at the ground to pick up the dead body for further investigation.

Gospel singer Sonnie Badu has also sent in his heartfelt condolences to the family of the deceased recounting on social media his desire to reconnect with the former leader of King Jesus Evangelistic Ministry International in Kumasi.

“We have just been informed that the pastor passed on to be with the Lord this morning. It looks like it was my urge to helping him video that alerted people to go check on him and when they did he had passed on. No one had heard from him for 3 days … Sir, may you Rest In Peace. I heard you were a giver and loved people. Tears are in my eyes while watching KOFITV now … On this note, I want us to pray for pastors and ministers who have sacrificed everything for the gospel and their families. Some are going through intense depression others have attempted suicide, yet they have to stand and pray, minister, take care of souls … please don’t forget to say a little prayer. #DrBadu“

Kofi TV was there earlier to stream live the happenings after the death was made public;