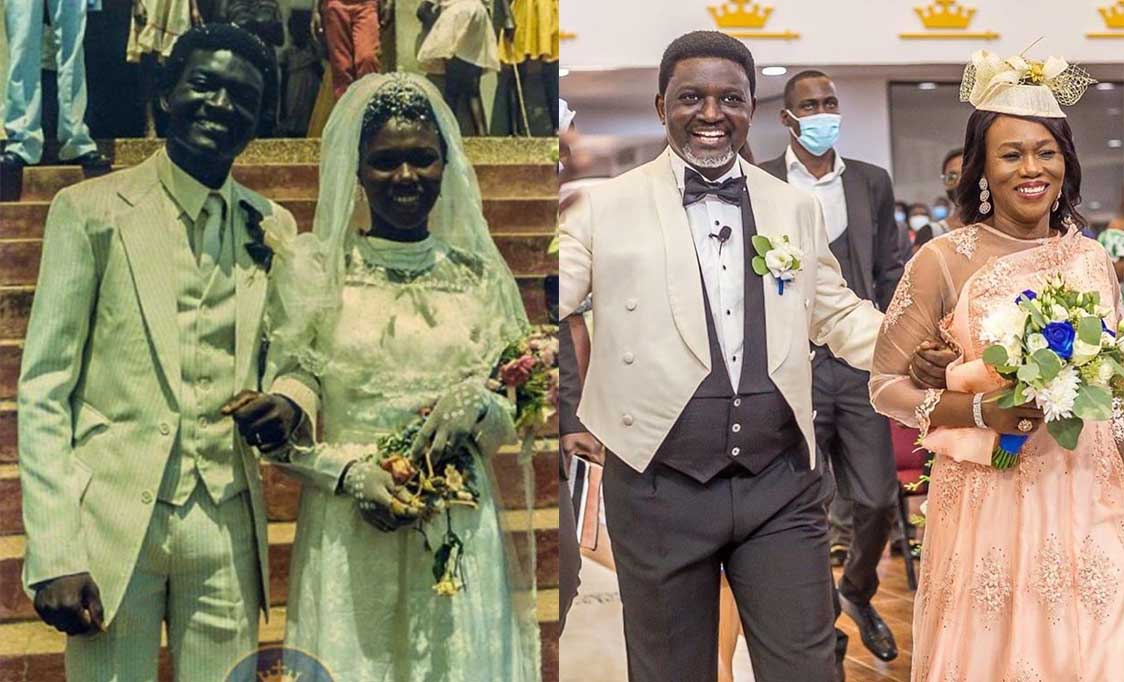 It is the kind of epic love story you might find in a Christian literature or movie. A man meets a woman prior to a crusade. His heart melts like an ice block placed in the sun. He prays about it and more than three decades later, they are celebrating 35 years of marital bliss.

The beginning was not on a silver platter. Although she initially agreed to his proposal, she later changed her mind but he was so resolute to the extent of giving her the date and the time of getting married to her. It paid off.

“All these years with you feels blissful with you by my side. I remember this day like it was yesterday when we celebrated our 25th anniversary (10 years ago). I love you more each passing day.” – He wrote on Social Media

Thirty-five years on and a pearl anniversary, the preacher is still married to the teacher and two became one – working together in the Lord’s Vineyard – touching and transforming lives. And on the occasion of the 35th anniversary of their marriage, they melted the hearts of many as they walk down the aisle again to renew their marriage vows

That is the story of Bishop Charles Agyinasare and Rev Mrs Vivian Agyinasare, Founders of the Perez Chapel, formerly known as the World Miracle Church International. 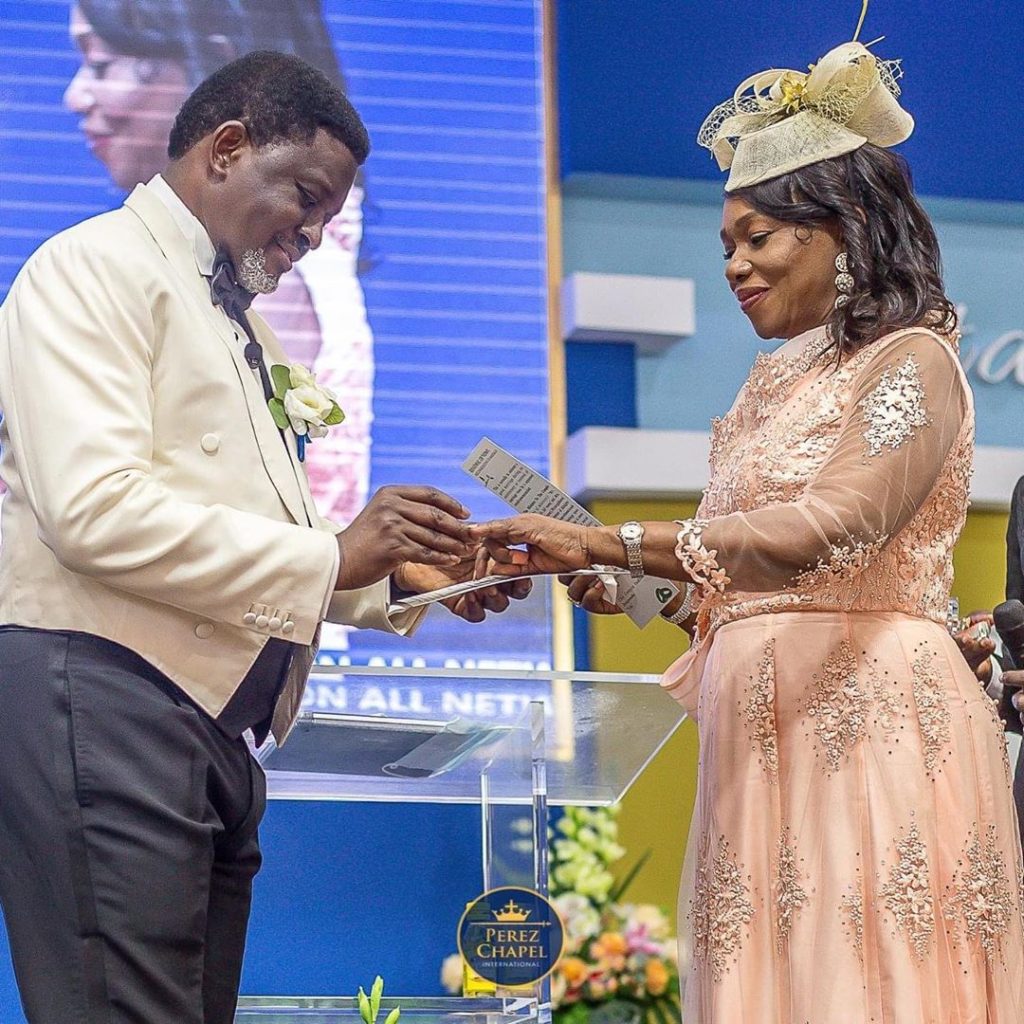 The soft-spoken Bishop Charles Agyinasare was born on March 22, 1962 at Achiase in the Eastern Region to a soldier, Staff Sergent Andrews Asare (a Fante and Akyem), and Madam Elizabeth Arthur (an Nzema). He is therefore partly Fante, Akyem, and Nzema.

He cut his academic teeth in the Garrison Basic School before going to the St Martin’s Secondary School.

He had his share of vices in marijuana, women, and truancy before he was arrested by the Holy Spirit in 1980.

When he was saved in 1980, he said he sensed two weeks later that he was called to preach. So he started working towards it by studying the Bible and immersing himself in prayer. By 1983, he was ready for full-time Ministry.

“When I was a kid, anytime we played, I used to act as a priest. I acted as a preacher and burying people. Later on, when I obeyed the call, then I had an encounter that made me hear a voice, which said I will heal the sick, raise the dead, and preach the kingdom.”

The televangelist said if he had not been called, his childhood dream was to become a lawyer.

Asked why he wanted to be a lawyer, he laughed for almost 45 seconds and said “let’s leave it there”. But when pushed he replied with a clasped hands,  “I wanted to speak for people. I always felt that I couldn’t stand watching while people are taken advantage of.” 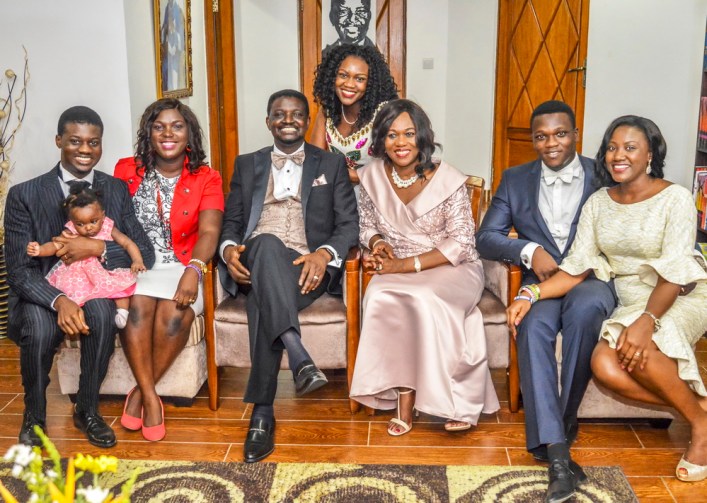 From Proposal to Marriage

Marriage life started at an age many in Ghana would consider quiet young—23— for the itinerant preacher who interestingly met his wife to be in 1984 in Akim Oda in the Eastern Region, prior to a crusade.

“In 1984 as part of the advance team of Ghana Evangelical Society Crusade, I was chatting with her friends and she walked in. When I saw her, it hit me that this is it. She was somebody I just mellowed for,” he recalled with a smile.

Thereafter, his proposal came.  She told him two proposals were under consideration but she asked for time to think and pray about it. With time, she said yes and changed her mind again because she was a few years older than him.

But the confident young evangelist did not give up, as he put it, “I was confident I was going to win the election.”

“I wrote back to her telling her I will win the election and I’m coming on a particular date to finalise things. She felt that I may not be able to take care of her, but I had to reassure her that I would be able to do it.”

Today, the walls of tribalism that hindered inter-ethnic marriages in the past are gradually breaking down but in those days, Miss Vivian Dogbe was apprehensive because earlier, her parents had refused to give her hands to even people from her ethnic group.

“She wasn’t sure how her dad would take it. I am a Fante/Akyem/Nzema and she is an Ewe but surprisingly, he just accepted me without even seeing me. The day the dad met me, he said, ‘I don’t know you but I just like you’.”

Young and with not much to his name, Bishop Agyinasare’s biggest breakthrough in the Ministry came in Asamankese in the Eastern Region where a congregation of scores became thousands within a week.

Coincidentally, the daughter of a Mirror Reporter was healed on one of the days–the news made it into the newspaper and the name Agyinasare spread like wildfire.

When they got married in 1985, the man moved to his wife’s house. But four months later, the preacher was on the move to Bible School in faraway Nigeria to study crusade planning.

It is an episode in his marital life that he said he regretted and given the chance, he would rewrite that part of the script because it was tough for him and his beloved ‘Vivi’ as he affectionately calls the pillar behind him. 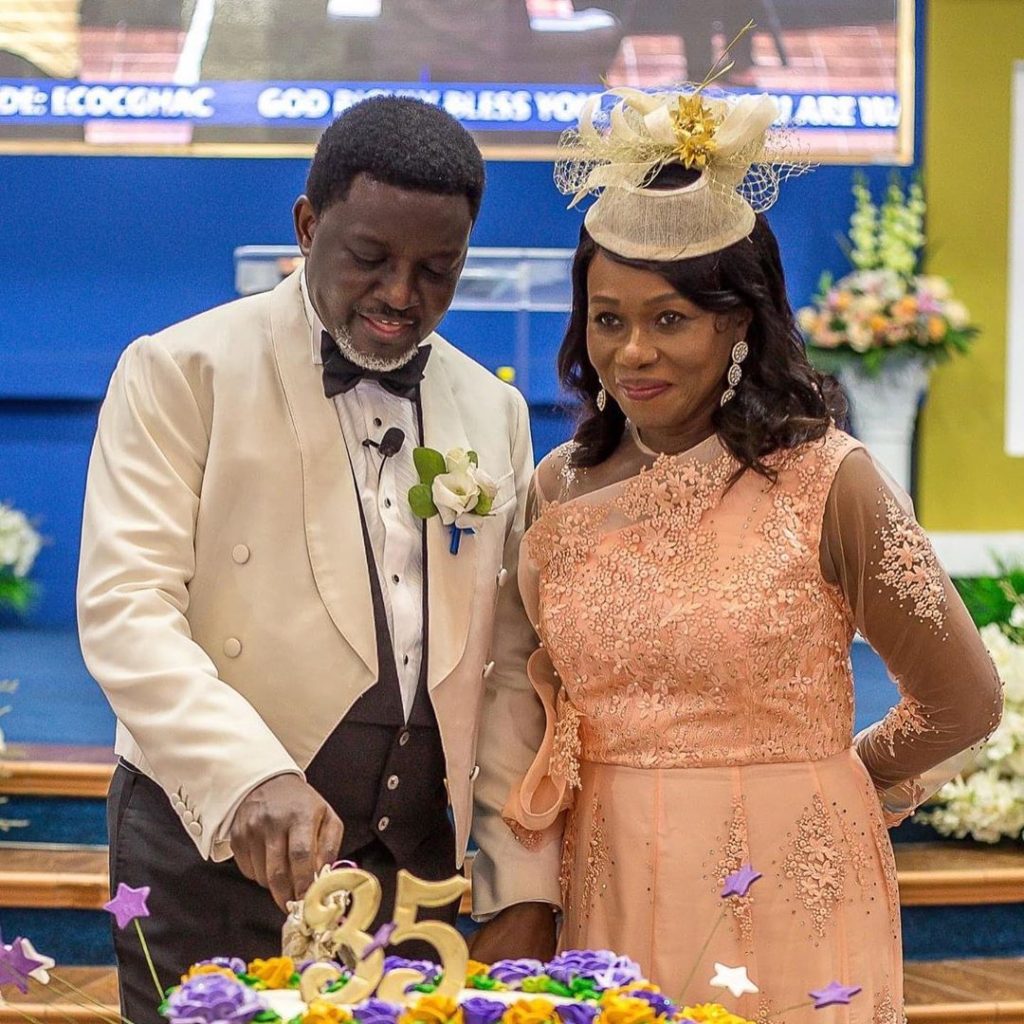 When he returned, the young couple moved to Tamale to plant the seed that has grown into a giant tree with branches. They lived in the Vittin Estate, then a newly developing area, without water and electricity.

“We drank water from a dam. The cows will come and drink and poo-poo in it. We fetched it and put alum in it and then it settled.

“We lived there for two years. We didn’t have a car then. It took us two years to buy a car. The area was about six miles from the Tamale town.

“There were days we didn’t have money for taxi. We walked to church when she was pregnant. There were times we walked through floods at the knee level just to be in church before others come. Our beginning was small but God has been merciful to us,” he recalled staring at a wall neatly arranged with his family’s pictures.

Ingredients of a successful marriage

According to Bishop Agyinasare, what made their marriage successful had been their handling of it by the precepts of the word of God that “a husband should love the wife and the wife should submit to her husband”.

“When you love your wife, you will cherish and nourish her. You will give her affection and you will respect her. I’ve never insulted her before; I’ve never hit her before. So she has also not insulted me before.

“We have had our disagreements. We disagree to agree. From the onset, I told her if we have a problem, we should resolve it before we go to bed, so that the next day, we wake up without any cold war.”

Asked if over the last 30 years he had ever taught of divorce, he smiled, shook his head, and responded, “It is not possible to die and come back. If it were possible, I would have married my wife again.”

“She has loved me. She has been of tremendous help to me. Together we have been on the victory team.”

In three words, he summed up his wife, “humble, caring and affectionate”. 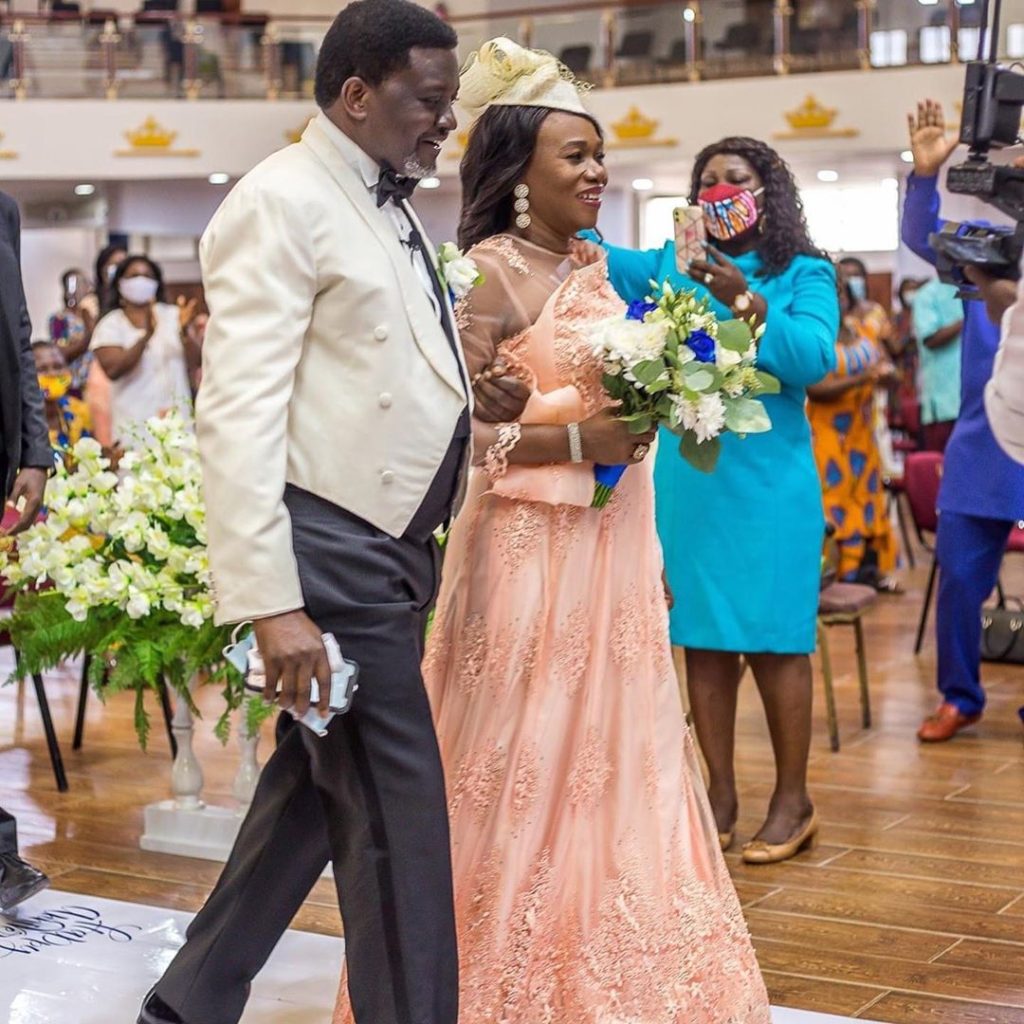