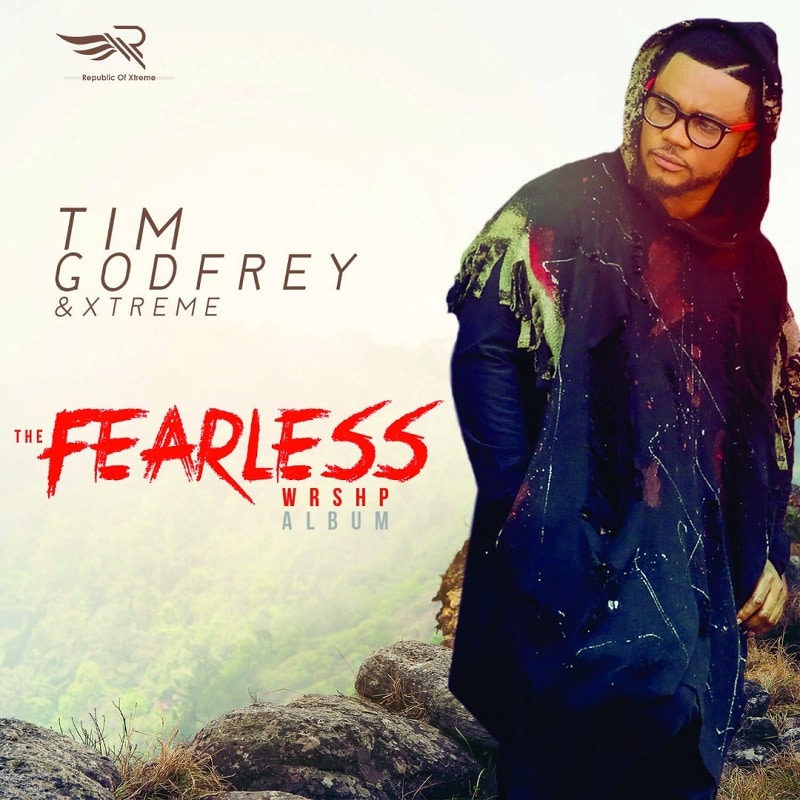 “Here is my big announcement i am grateful to god and so excited to announce that the fearless wrshp album is ready and the songs are set.

The album would be available for pre-order on all platforms after the launch on the 13th august during the fearless concert. Here is the album cover hallelujah we are fearless.” The highly energetic and dynamic minister who is currently set to host 12 time Grammy award gospel singer, songwriter and music producer, Kirk Franklin in a live recording concert on August 13, which shares the same theme with the soon to be released Album, Tim Godfrey believes that God has given him a clear mandate which is to set the pace for the new and coming generation of worship leaders and gospel artistes that anything is possible once God has his hands on it.

For Tim Godfrey, “Fearless” is more than a mere concert or album, it’s a movement.
In his words, “Fearless is beyond just a concert, a live recording or an album, it is a movement, it is a charge to march to the gates of the enemies and take back what is rightfully ours through the victory that is already won by the finished work of Jesus Christ. As I always say to my team, we are not fighting for victory; we are fighting from victory, Halleluyah”.

The first edition of Fearless held in July of 2016 with over 6,000 worshippers converging to raise a praise to God.
The second edition holds on Sunday 13th August 2017 at The Rock Cathedral, House of The Rock Lekki Lagos. Gates open by 2:30pm for the Red Carpets and Concert/Live recording starts at 5pm Prompt.

Ministering alongside Tim Godfrey and Kirk Franklin include Frank Edwards, ROX Nation Artiste, Blessyn, Mike and De Glorious, Wilson Joel, NOSA, and Onos Ariyo.
The launch of the Fearless WRSHP album will take place during the concert/live Recording on the same day.