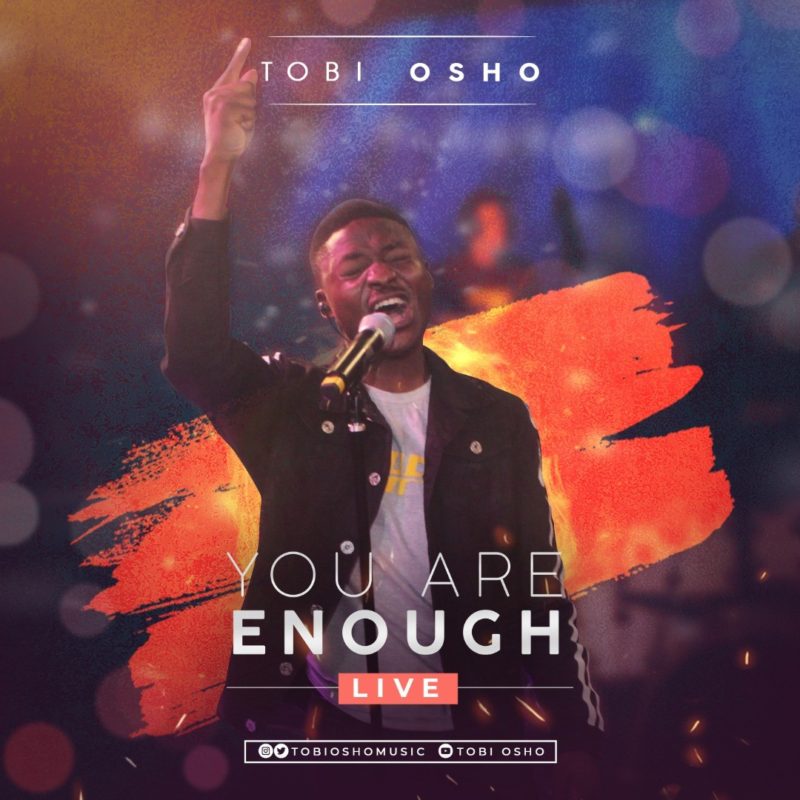 Over the past two years, Tobi Osho has serenaded music lovers with amazing covers and renditions of popular gospel songs that have captured the hearts of many and attention some of the industry’s greats. His cover of Prospa Ochimana’s “Ekwueme” and Phil Thompsons’ “My Worship” are some of the virals that brought the vibrant worshipper into prominence.

Influencing large followership of several tens of thousands across all his social media, the Nigerian-born singer has become a favorite of many, both young and old cutting across several generations from X to Z.

“You are Enough” is the first single off his upcoming debut album project, SHIFT,  slated for a 2021 release, which will offer more uplifting tracks showcasing Tobi Osho coming into his own as a contemporary-worship artist.  The new song of gratitude which bears the thumbprints of his unique supernatural sound and vocals heavy on RnB/soul influences is a major call back to Christ who he affirms as his source of everything.

“You are the source of my Living, You’re the air that I am breathing, My beginning, and my Ending, You Are” Tobi reiterates in the powerful track, ascribing his attributes to God alone.

“You are Enough” was recorded in December 2019 at his SHIFT live recording featuring special guest appearances by Folabi Nuel, Pst Korede Adams, Emeka Madubata, and Pst Ladipo Soyombo, The new single is available now to stream and download on all digital platforms worldwide.