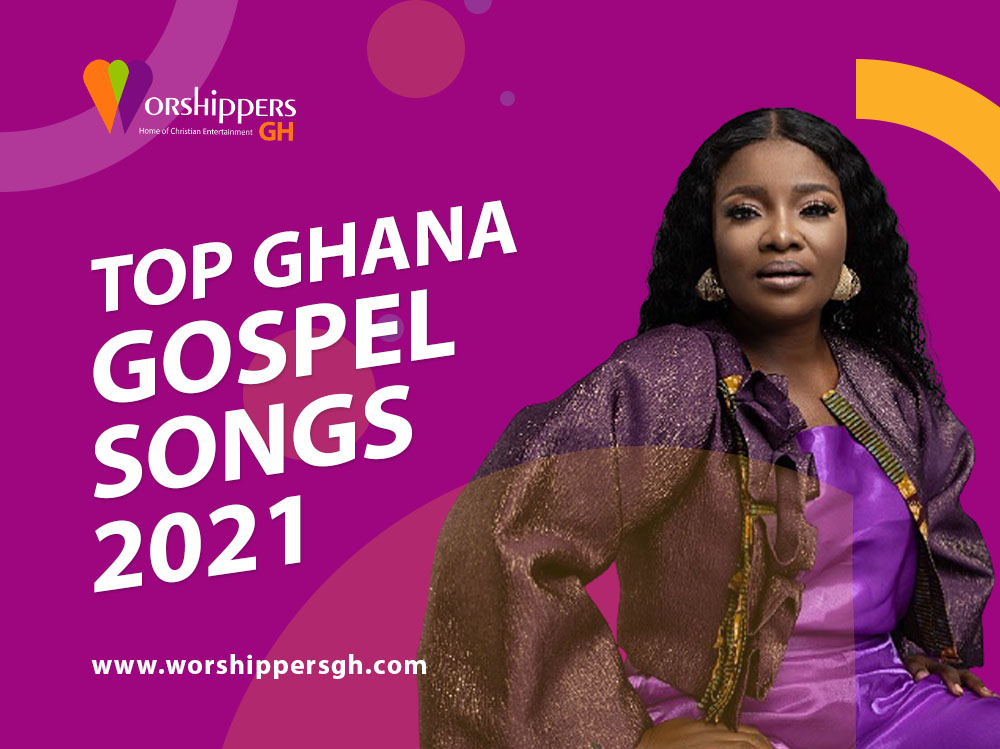 Many great gospel songs have been released in 2021 so far and a few of these songs have made their way to grab the attention of both mainstream and digital media space. As always, we bring you a picture of the top gospel songs released so far.

This chart is editorially chosen and only songs released in 2021 have made the cut. Much attention has been paid to the popularity of the song in the general space, streams counts (Mostly Youtube), how well it has been accepted, and also how users have interacted with the songs on this platform (visits, download, etc).

This chat will be updated throughout the rest of the year and some songs will either move to the top, bottom or be removed from the list entirely as they will be replaced by new entries.

Renowned Ghanaian gospel songstress Ohemaa Mercy has finally released her much anticipated new single “Ote Me Mu” featuring MOGmusic. The new song translated as “He Lives In Me” is a gentle reminder of who God is and what is has freely made available to us as Christians, even his promised Holy Spirit residence in us for exploits. The sweet blend of the contemporary and highlife gospel features is the new song as well a great vocal delivery from Ohemaa Mercy and MOGmusic makes this song stand out perfectly.

Kobbysalm the “Jejeli” singer is gradually growing a solid brand in the urban gospel scene making Ghana proud as his music reaches outside the confines of Ghana. He releases this song with feature PO Godson, Joe Kay, And Belac360 which as a matter of fact has drawn attention to his craft.

Multiple award-winning gospel singer Joe Mettle has served us with an amazing new Ga contemporary gospel song titled “Ye Obua Mi (My Help)“, available now for streaming and download on all streaming platforms. According to Joe Mettle Ye Obua Mi is a heart’s cry of worship and confession of who the Lord is to us in these trying times.

Akesse Brempong makes another roaring comeback with an incredible “Yahweh” chant in this new release titled “Yahweh (Song of Moses)”, featuring “Be Lifted” singer MOGmusic. The new song which focuses on the intimate name of Lord, “Yahweh (Song of Moses)” was part of series of songs performed and recorded at his annual flagship Agape Carnival in 2020, the virtual Rooftop edition.

“Onwanwani”, a masterpiece translated as “Miracle Worker” declares the sovereignty of God who does what He likes and more importantly wrought miracles by the touch of His fingers.

Rising gospel singer Jacquelyn Oforiwaa-Amanfo (JOA) always brings something refreshing to the table, and this time round she talks about the amazing love of God in her new single “This Love”, her first single for the year.

The “Amen Chant” as described by Philip is messianic music that is so far resonating with many gospel music lovers as it is characterized by a unique sound of a typical Hebrew chant music. The song simply extols Jesus Christ as the “Amen” as recorded in Revelation, revealing his diverse nature as both man and God and saviour of the world who has before the creation of the world existed.

Nana Manuel came through with an incredible Afrobeats that got many eyes fixing on his craft. With the new single titled “Nyame Beye”, Nana Manuel outdoors himself as an emerging gospel artist for people to be on the lookout for. Check out the song above.

Rising and passionate contemporary gospel singer Omari Kissi Jnr is out with yet another compelling and spirit-filled single for 2021 titled “Medomfo (My Grace Giver)”. This new single comes on the heels of Omari’s impressive second single “Mehyia Yesu” which did very well with great reviews from listeners and top gospel singers.