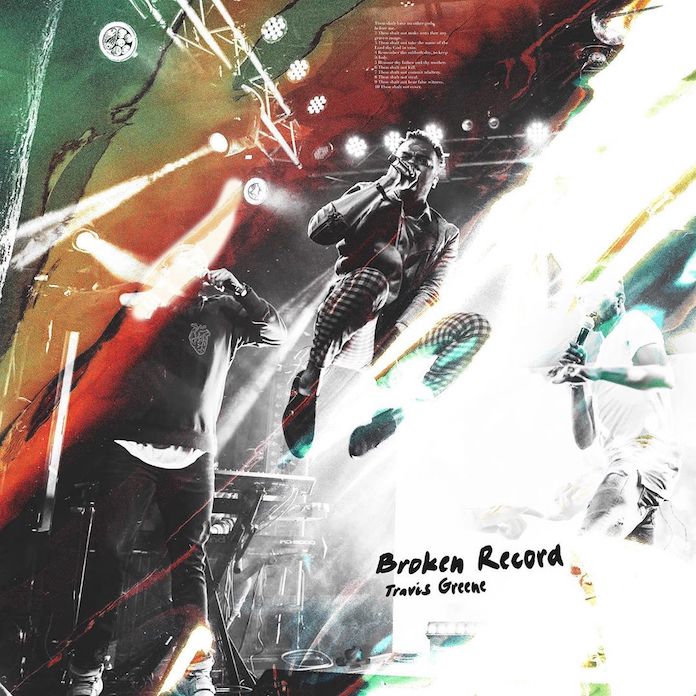 The ‘Intentional and Made a way’ singer has released three singles such as ‘The Beaker’, ‘Great Jehovah‘, and ‘Good and Love ft Bethel Music’s Steffany Gretzinger’ by way preparing towards the release of the full project.

Over the course of the 2010s, Travis Greene has emerged as one of the gospel’s most ambitious and plugged-in musical minds. He came up in the era of Kirk Franklin, watching the stylistic exchange between urban contemporary gospel and hip-hop, and took that openness to heart.

“I call it going across the street,” Greene tells Apple Music. Another major source of inspiration is his experience co-pastoring a South Carolina congregation with his wife. “I think I’ve had my own misconceptions of people in the church being put-together,” he says.

“But the truth is that there are people in the church that are internally displaced. They’re broken and are searching. That was my position in writing this album—how God’s not intimidated by a state of brokenness, but rather drawn to it, because it’s an opportunity for him to show forth his power and his strength.”

Here Greene goes through each song on Broken Record.

The Breaker
“It’s theatrical. It’s an emotional song, and it describes what the entire album is about. Just this idea of your life being safer when you don’t try to pretend, or hold yourself together, but give your whole life to the hands of who I like to call God, as The Breaker—the one who breaks our shells, and breaks our shame, and gives way to the purest and truest form of who we are.”

Great Jehovah
“I actually got inspired for that by an artist named David Crowder. He did this song and it was very folky and energetic, and he started on acoustic. And I was like, ‘Yo, that’s a cool idea.’ But I already had the chorus that I used as a teaser on my previous album. So this time around, we just took the chorus and built around it—the verse and the bridge and everything. I felt like it needed this international guitar line, something that was kind of epic and timeless. And it took us a while, but when we found it, the band and myself, we got so excited, and it took the song to another level.”

Good & Loved (feat. Steffany Gretzinger)
“I think I heard her voice on it before I even finished writing the song. I was just playing around, and we were in prayer. Sometimes songs just come up in morning prayer at our church. And so we were doing that at our church, Forward City, in Columbia, South Carolina, and brought that chorus, that, ‘I am good, you are loved.’ It felt like God was singing that over us. I really believe it’s the greatest revelation we can have of God, and who he is: that he is good, and we’re loved. And if we live life through that filter, he’ll help cancel a ton of disappointments that we carry, trying to figure him out.

Respond (feat. D’Nar Young, Taylor Poole, Trinity Anderson)
“The more we kept going, the more I think the room got engaged. And before you knew it, it just kind of took over and became a moment. And the ending was super spontaneous; it wasn’t planned at all for background singers to flow like they did. And again, another song that just came out of a prayer moment, organically. I love that song, because I think worship and prayer is an invitation from God. And you can choose to accept it or decline the invitation, and that’s what the song ‘Respond’ is about.”

All Things New
“That was the most difficult song that we put together on the project. It was so hard because we had the idea, but it didn’t matter how much we tried, we couldn’t get it perfect. We were about to cut the song, and at the last minute, we finally found a melody, a piano melody, that helped it come together and make sense. We made some drastic changes to it. I pretty much scratched the entire original chorus we had and laid it out differently, and it came together.”

No One Else
“I think that song really matched my personality probably the most on the album, because I am just this melting pot of inspiration and ideas. We were able to throw all of that together in what came out of that song. I think about the performance, and I can just see graffiti and confetti and big graphics and dancing in the presentation of it.”

Won’t Let Go
“When I first had the idea for it, I wanted the Timbaland type of just real slow tempo and big drum beats, and so we were able to put all of that together. It’s just a very feel-good song, and I felt like the album needed it. It was the last one to be added.”

Perform
“It’s the confessional song for those who feel like, as a Christian, they have to perform for God. Or even having to perform for a relationship, or having to perform in life. Sometimes life feels like a stage. I think that particular song is bigger than the album. I think that song has potential for a movie soundtrack—and maybe even for a different artist, maybe even of a different genre, to do it—because it’s a song of love, of hope and of encouragement, for someone who feels like, ‘Man, my entire life is a performance.’ That the love of God is such that he doesn’t need your performance to accept you.”

Loved by You
“Prince’s ‘Purple Rain’ was exactly what we were going after. I wrote the song, and I felt real good about it. And one of my co-producers, I sent it to him. He sent back that piano sound, and from there that melody grew. And that’s where the whole presentation, the Prince presentation, came from. It was kind of birthed out of a pre-production idea.”

Broken Vessels
“I ran upstairs, had this idea, came back down, and the band and the singers were there because we were rehearsing and laying down some pre-production stuff. Really what you’re hearing on that album is the demo for it. I laid down the scratch acoustic, just so that they could sing along to it. And it was really cool the way it came out. Something about the acoustic, it’s rough, and it gives you that Beatles feel, which is what I really wanted.”

THE BROKEN PROJECT ON ITUNES