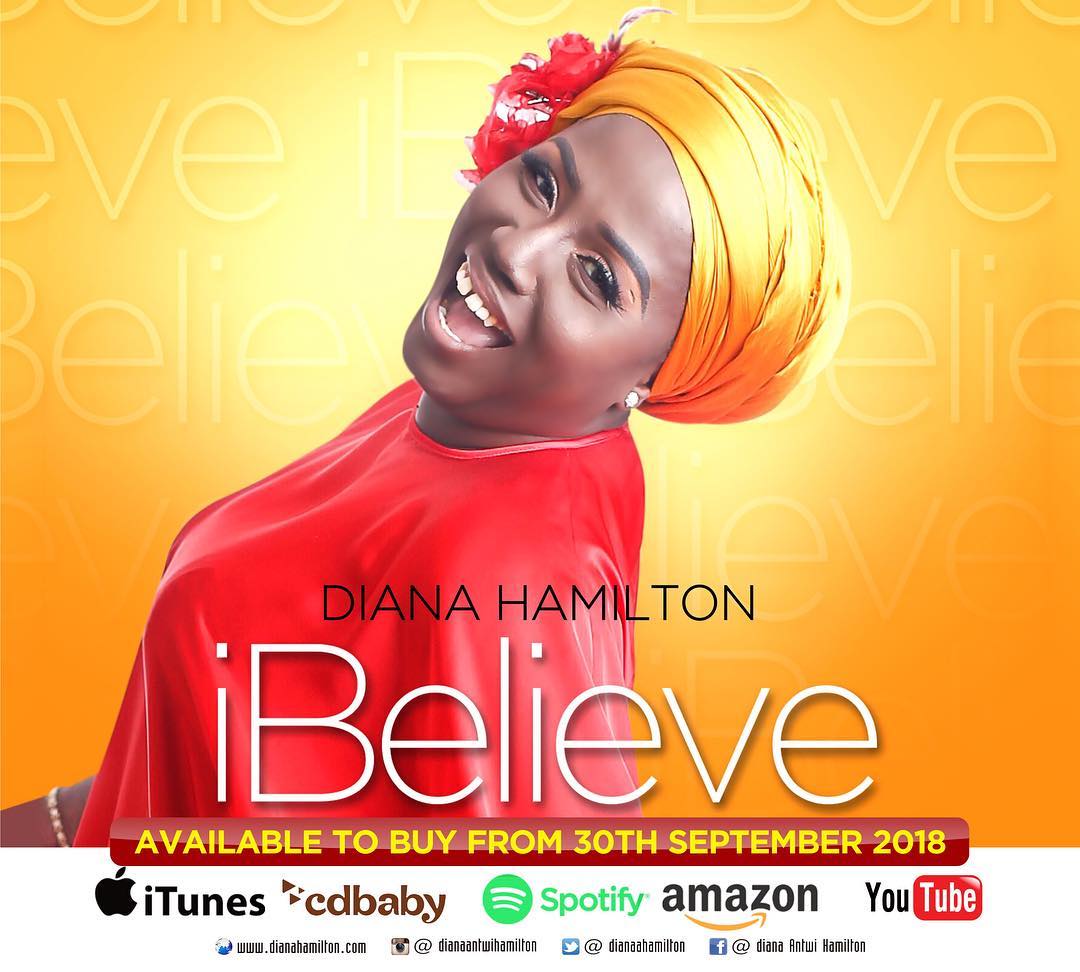 The album launch which was part of the 2018 edition of her annual ‘The Experience’ concert, came off on the 29th of September, 2018 in London at the City Gate (Main Auditorium).

The event was in actual fact an experience according to patrons who were privilege to be a part as there were several performances that thrilled the crowd. With exceptional performance from the band and other ministers present such as Charlotte Appiah, Niiella and few others, the flow of praise and worship coupled with dancing filled the atmosphere from start to finish.

Soon after these performances, the moment everyone had been waiting for came. Diana Antwi Hamilton mounted the stage performing hit after hit songs from her wide repertoire from the old to the very new songs including the over 1 million Youtube viewership hit song “Mo ne yo”.

‘iBelieve’ is avialable now on all online stores such as iTunes, cdbaby, Spotify, amazon and also dianahamilton.com  for purchase. Grab your copy now!