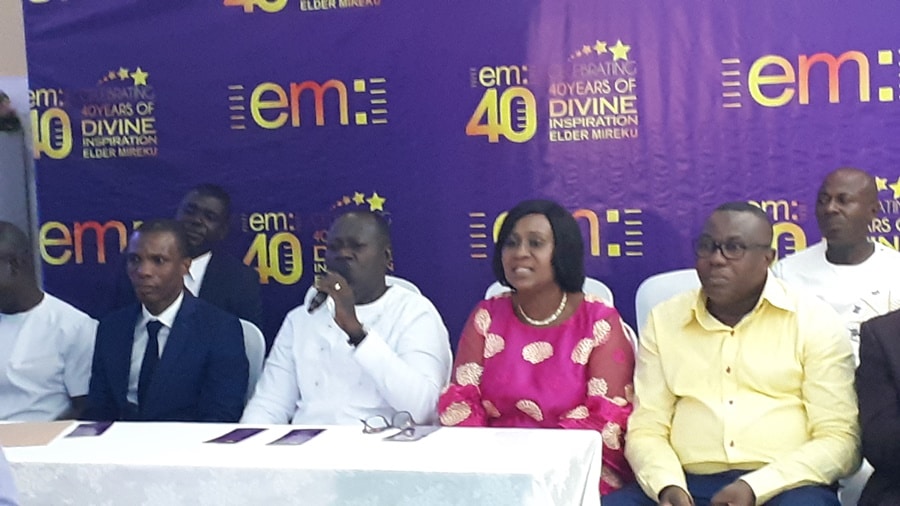 Three gospel concerts are being put together to celebrate gospel legend Elder Emmanuel Kwasi Mireku for his 40th anniversary in music ministry.

At the launch of the anniversary held on June 20, 2018, the manager of the Elder Mireku, Peter Tekper announced that there shall be concerts in three regions as part of the activities for the celebration.

He said the first concert will take place on 3rd August, 2018 at the Jackson Park in Koforidua where Elder Mireku lives.

He has more than 40 volumes (albums) of songs and has contributed immensely to the gospel music industry.

His songs are sang in almost every church in Ghana – most of which have been sampled by other artistes.

The Pentecost Elder Elder has influenced the style of music of musicians like Kwaku Gyasi, Frank Asomadu and many others.

He has songs such as ‘Aduru Wo So,’ ‘Adom Aye Wonsa Ma,’ ‘Maranatha’ and ‘Wose Ayeyi.