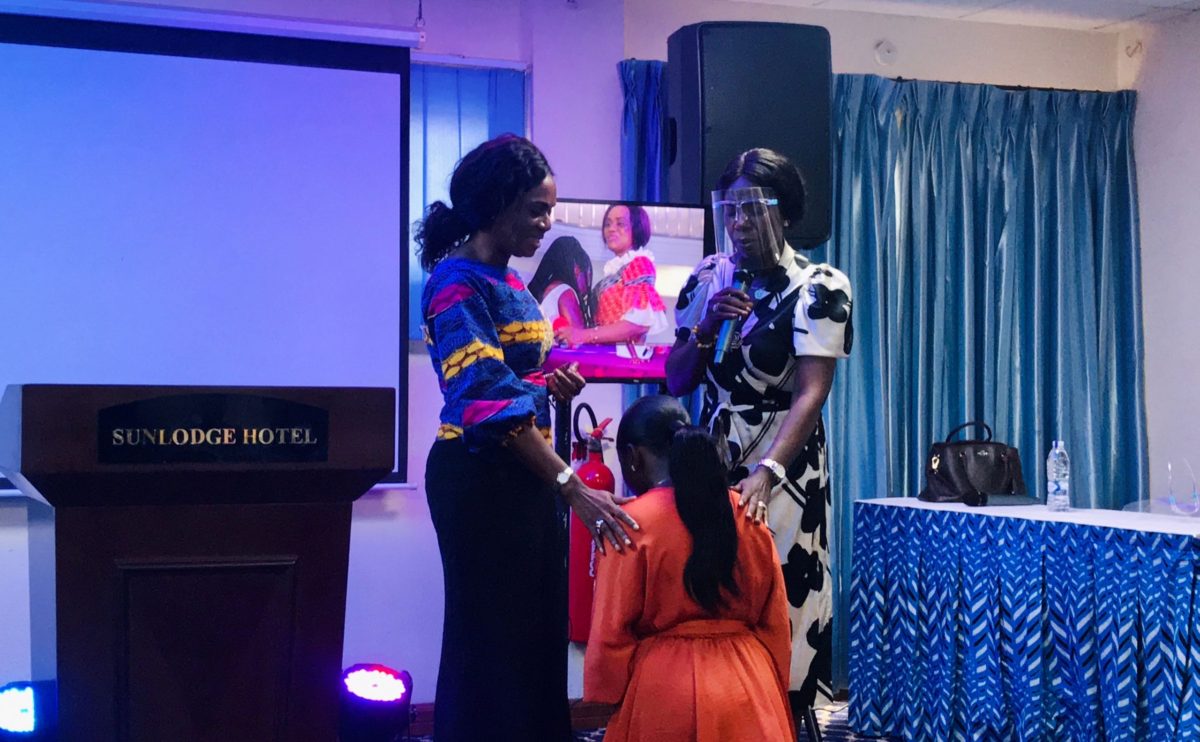 [Video] Afia Sika, a ‘daughter’ of the Daughters of Glorious Jesus unveiled as she debuts a single

Afia Sika, a rising gospel singer and a ‘musical daughter’ of the legendary trio, Daughters of Glorious Jesus has officially been unveiled to the world as she launches maiden single “Yesu Asue Me (Unburdened)”.

The new song that comes with a great video was premiered yesterday in a plush unveiling ceremony at Sunlodge Hotel, Afia’s creativity, music arrangement, composition, taste for quality production, and content when it comes to spirit-filled lyrics is something exceptional the globe should anticipate.

Watch the Unveiling ceremony below;

She’s simply the ‘daughter’ and likeness of the celebrated music trio, Daughters of Glorious Jesus.

The beautiful minstrel over the years has been ministering with Daughters of Glorious Jesus until releasing her maiden single today. She says these great women have been her inspiration from day one and thoughtfully and wholeheartedly dedicate the new song – ‘Yesu Asue Me’ (Unburdened) to them.

“When I met them, they’ve been all to me. They’ve been there for me, wherever they go. The advice they gave me, and this song that I’m releasing I’m dedicating it to the Daughters of Glorious Jesus for taking me as their own”, Afia recounted.

Also, Apostle Emmanuel Adade, the executive producer who doubles as the spiritual father of Sika during the unveiling ceremony by virtue of a video he sent endorsed Afia Sika’s new single.

‘Yesu Asue Me’ is one of the songs off Afia’s upcoming musical album. The song is currently available on all digital music stores worldwide.