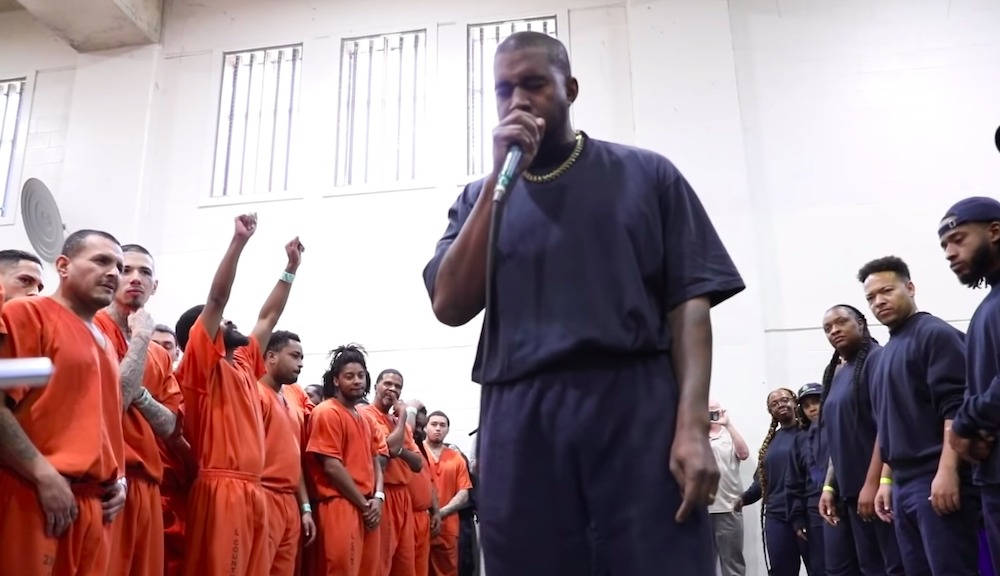 In the recent development and journey of Kanye West’s impressive transformation, the rapper turned Gospel artist recently brought the message of Christ to inmates at the Harris County Jail ahead of an appearance with Joel Osteen at Lakewood Church in Houston, Texas.

Kanye West surprised hundreds of inmates over the weekend at the Harris County Jail with an impromptu Sunday service and choir concert. He performed his classic hit “Jesus Walks” along with songs from his new Gospel album “Jesus Is King”.

From one glance at any video of the event, it is clear that West was able to connect to the inmates and give them a musical and spiritual experience of a lifetime.

Take a glimpse into the event some say is reminiscent of Johnny Cash’s prison performances.

West explained that most of the Christians around him in recent years felt uncomfortable evangelizing to him because of his superstar status saying, “But the only superstar is Jesus.”

“Yeezy” explained how God is using him saying, “All of that arrogance and confidence and cockiness you’ve seen me use before, God is now using for Him.”

“I feel that I’m standing up and drawing a line in the sand and saying ‘I’m here in service to God and no weapon formed against me shall prosper’.”

See the rapper turned pastor for yourself in this short clip from Sunday: