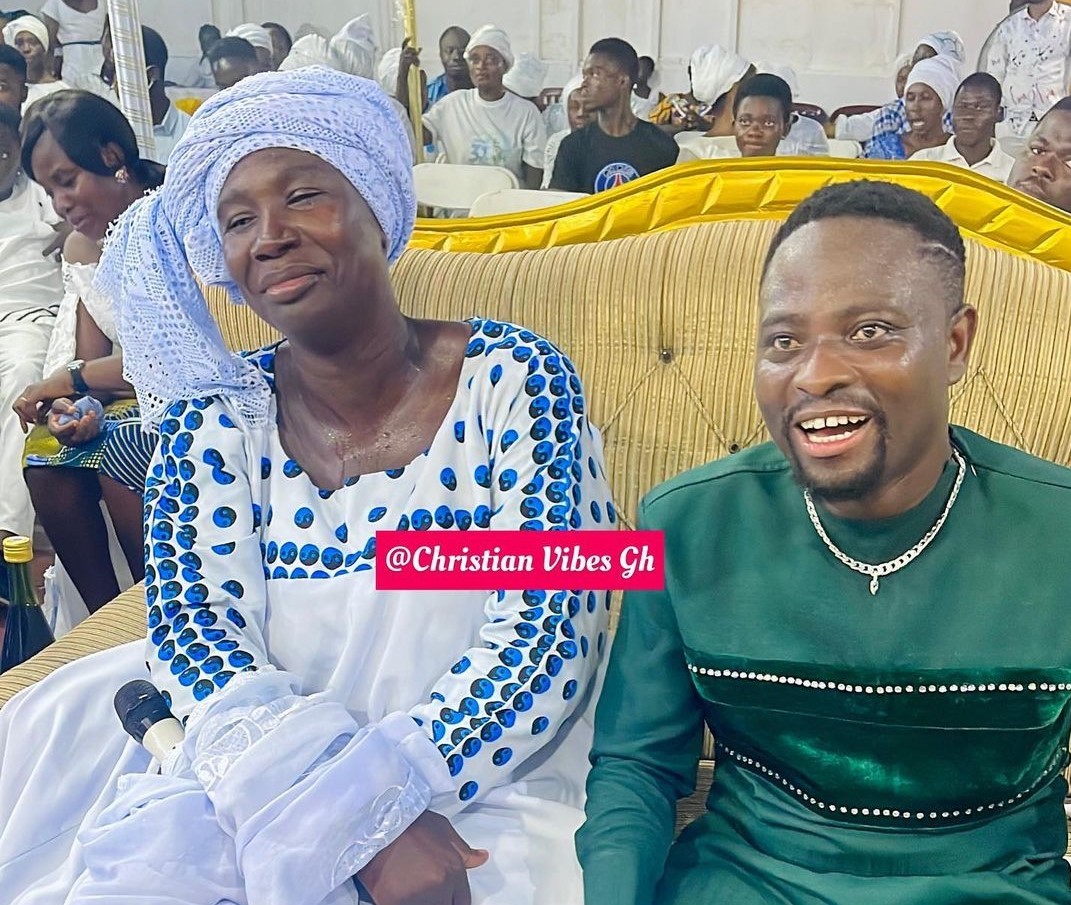 Watch Video: Cecilia Marfo and Brother Sammy reunites as they worship together

Cecilia Marfo squashes ‘beef’ with Brother Sammy after a tempestuous relationship as the duo perform together initiallty in worship at a church event in Ashaiman.

The two were later invited by Abeiku Santana on Okay FM and they worship together to the admiration of the generation. The session lasted an hour long and was simultaneously and instantly viewed by over 80 thousand people on Facebook alone.

The two gospel singers who appear not to see ‘eye-to-eye’ finally reconciled at a church gathering in a video that has gone viral on the internet.

It can be recalled that their feud started when Cecilia Marfo openly slapped Brother Sammy during a gospel event held in Kumasi sometime in 2017. Cecilia Marfo in a bid to cast away an evil spirit from Brother Sammy poured some bottles of water on him, slapped him in the full glare of the public.

But in a latest development, the two gospel singers were seen seated next to each other at a church gathering beaming with smiles.