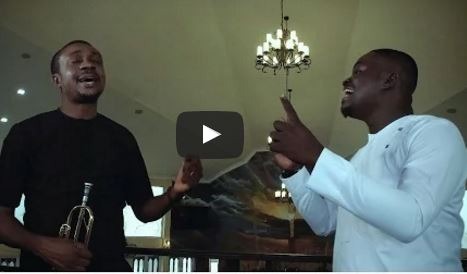 It was directed by Stanley Adjetey for Take2 Films. Shot on location at St. James Catholic Church, OSU, it finds Okyere clothed in all white proclaiming the healing power of his maker.

He explains to livefmghana.com why he decided to put out the visuals for the 2017 Ghana Music Awards Gospel Song of the Year nominated song a year after it was released.

“The song has made a lot of impact since it was released and I decided it was time to release the visual. I’m hoping it will direct people to Jesus Christ as a source of relief in awicked generation like ours.”