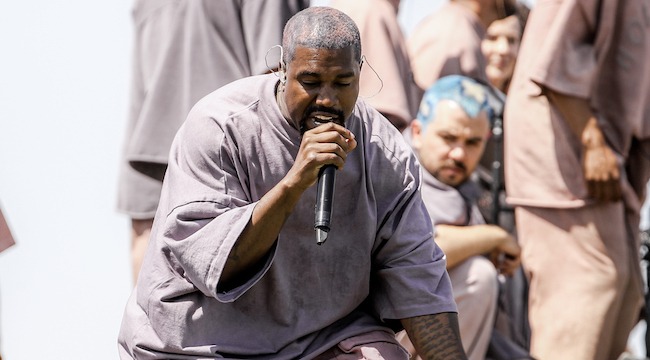 Watch: Kanye West in an awesome gospel cover for Davido’s “IF” and Beyonce’s “Brown Skin Girl”

Before and after the release of his maiden gospel album “Jesus is King”, the hip-hop star, Kanye West had this session of congregational worship service he dubbed “Service Service” going on which saw great renditions with beautiful harmonies.

A few days ago, in one of the sessions, Kanye and his music team decided to blow our minds with a gospel cover of “IF” by Davido and “Brown Skin Girl” by Beyonce.

As a matter of fact, these covers couldn’t have come out any better than what he put together right here. Mostly, he tries to go urban with a touch of Afrobeat and Hip-Hop with his music which was obviously influenced by his decision to serve God in his capacity as a musician.

WATCH THE VIDEO BELOW;