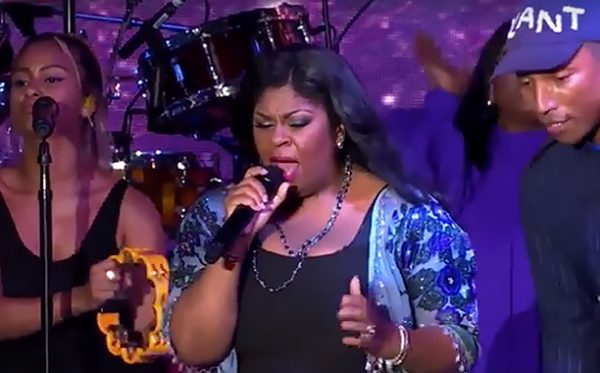 Gospel icon, Kim Burrell was at the Toronto International Film Festival over the weekend with the cast of the highly anticipated film, Hidden Figures which hits theaters everywhere on January 13, 2017.

Kim Burrell took to the stage alongside superstar Pharrell Williams to perform “I See A Victory” from the movies soundtrack.
Also Read;

The Legendary Clark Sisters finally get their stories told…

SK Frimpong bags Artiste of The Year at the Western Gospel…