Winning 3 Awards on the VGMA night is a big and a deserved consolation for Joe Mettle.

Though missing the ultimate Artiste of the Year awards, which could have been his second time in a row in the VGMs, 3 awards in different categories is a perfect and deserving consolation for Joe Mettle who happens to be the first Gospel artiste to have won the title.

Joe mettle who lost the title to the late Ebony Reigns was nominated in 5 different categories, and these include;

Apart from Artiste of the Year and Song of the Year, Joe Mettle incredibly picked up awards in the other categories he was nominated for. Some of these categories he has won awards for couple of times in the past.

Joe posted on Instagram to Thank God and appreciate the love Ghanaian have shown him all this while;

To God be all the glory .
I want to say a big thank you to the whole Joe mettle ministries,my Family and every One who has supported the Ministry and my music for all these years God richly bless you .Thank you all for the votes this victory is for the gospel and the Kingdom. 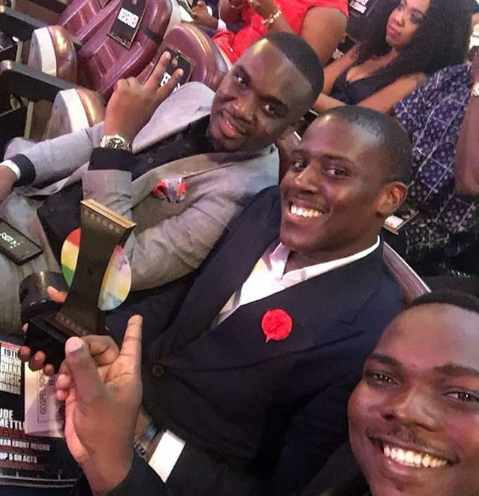 Now in case you missed out on watching the VGMAs live, this is the perfect time to update you on  Joe Mettle sterling performance as the opening act of the awards night. Engagement with the audience to chant out ‘Onwanwani’ was incredible. ‘Bo noo ni’, the song that won Joe Mettle ‘Best Collaboration of the Year’ and ‘Gospel song of the Year’ was not left out, since its performance has been anticipated by the audience. A new re-arrangement to the song has been effected beautifully from the start. This therefore is another way of saying ‘The church has been brought to VGMA’ once again.

Joe although a marketer by profession, is a worshipper by calling. He was born on July 5 to Florence Addo and Emmanuel Mettle and is the eldest of six children. Joe started his education at the Richard Akwei Memorial School and later moved to Kade 1&2 Primary School (Kade) where he spent about a year before returning to Accra to the St. Michaels and All Angels. He continued to Korle Gonno 3 Junior High School (JHS) and then later to the Accra Academy. He then attended the Pentecost University College.